Kampot provincial police on Sunday arrested a National Police officer and nine others over the alleged assault of a petrol station employee in Kampot city. 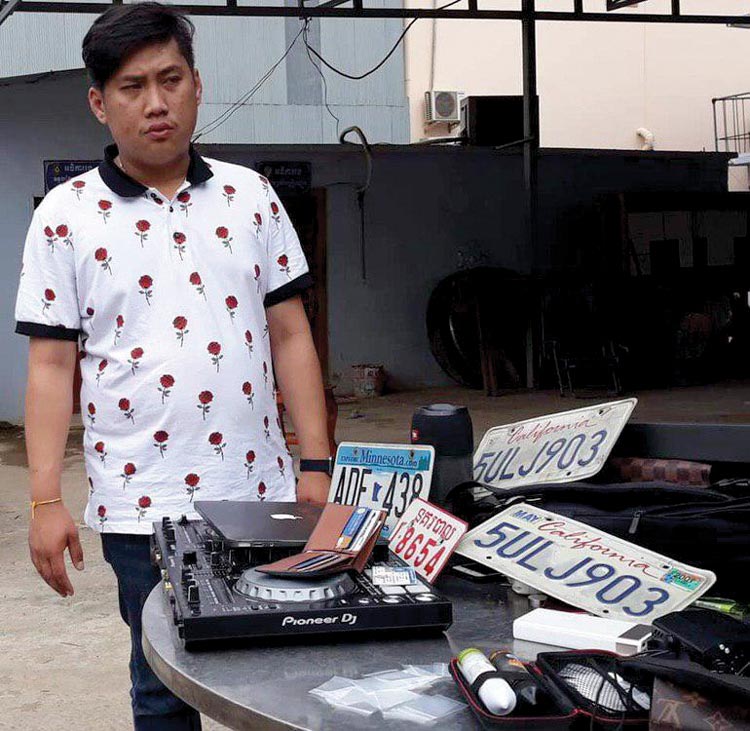 Major General Mao Chanmathurith, provincial police chief, yesterday noted that all 10 have been accused of intentional violence and drug use after eight small packets of drugs were seized during their arrests.

He said that on Sunday evening, the suspects in two cars arrived at a Total station near Samaky market and asked the pump attendant to fill up $50 worth of petrol in one of the vehicles.

Maj Gen Chanmathurith said that when the attendant had filled up $44 worth, he found that the vehicle’s tank was full.

He added that Lt Sopheaktra then told the attendant to fill up the remainder in a container and became angry when he was told the station did not have one.

Maj Gen Chanmathurith said the police officer used a pair of handcuffs to hit the victim, Mon Ramorn, 18, and a few people in his group also joined in the assault.

He noted that the victim suffered head injuries and commune police who intervened upon seeing the commotion took him to the provincial referral hospital for treatment.

“After the incident, we arrested the perpetrators,” Maj Gen Chanmathurith said. “We are currently questioning them and preparing a case to send to the provincial court on Tuesday for further action.”