More than 100,000 students will sit the national Grade 12 exam this year, a figure which is bigger than last year.

Results of the August 20 exam will be announced on September 11 for Phnom Penh and Kandal province, and a day later for other provinces.

“The exam this year will still be strict, fair and transparent,” the ministry said. “Do not bring any document or electronic tools to the exam centre or class. If we find them, it will mean an automatic fail.”

Education Minister Hang Choun Naron predicted that more students would pass and get A grades this year than last year because students had studied hard.

He said the ministry was ready to help exam candidates. It had requested additional training, preparation of short lessons, as well as exercises in areas such as maths, physics, chemistry and biology. 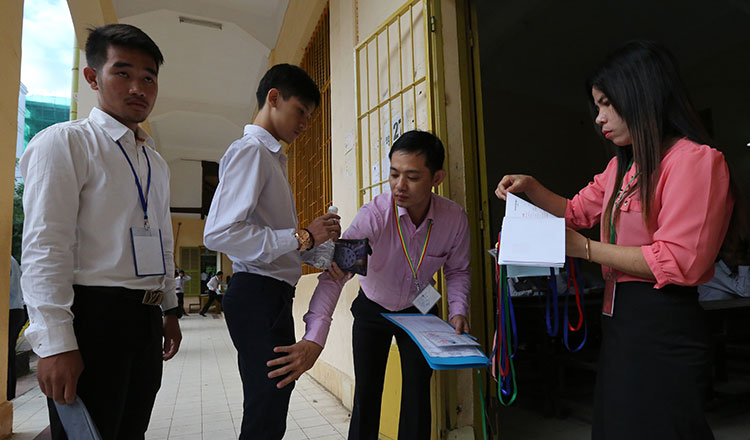 Teaching aids had been distributed to students by posting them on the ministry’s Facebook page and through an app on mobile phones, he noted.

“This will help students trying to do exercises before the exam,” he said.

He added that the level of knowledge of students had risen since education reforms began four years ago.

“We hope that this year we will have 500 students passing with A-grades. We encourage them to create study clubs to teach each other,” he said.

In 2017, 63.84 percent of students passed and only 28 students automatically failed due to cheating.