Home - Temple of his mind is art: A self-taught artist puts his words to canvas or the wall

Temple of his mind is art: A self-taught artist puts his words to canvas or the wall

WHEN a picture speaks louder than words, many emerging artists in the Kingdom have chosen drawing and painting in order to express their opinions. A self-taught artist says producing an artwork is not only to satisfy the artist, but also for people to interpret in thoughts.

“Many people try to understand the meaning behind my artwork. When they contemplate my artwork and discuss with their peers, they often come up with more different ideas than what I want to share, which is good,” said a 23-year-old artist from Battambang, Yi Kakada. 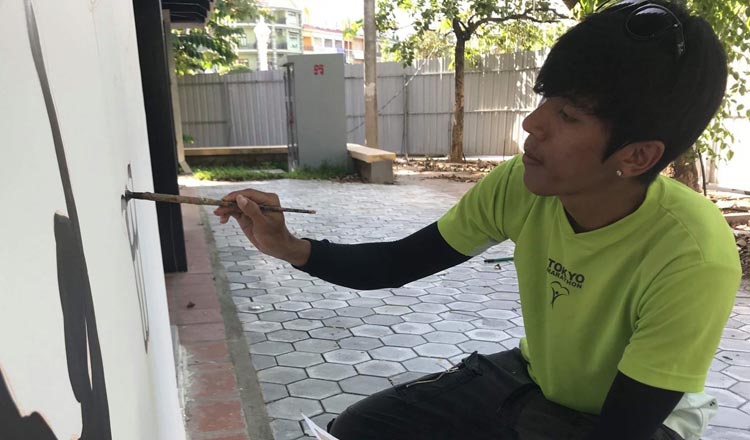 Mr Kakada is a self-taught artist who can use both his hands to draw different pictures at the same time. His ambidextrous artwork is to show off Cambodian temples and art to attract more tourists.

He discovered the hidden beauty of ancient temples since he was 12 years old. However, describing in words what he imagines about the temple to people is quite hard. Therefore, he chose to paint. 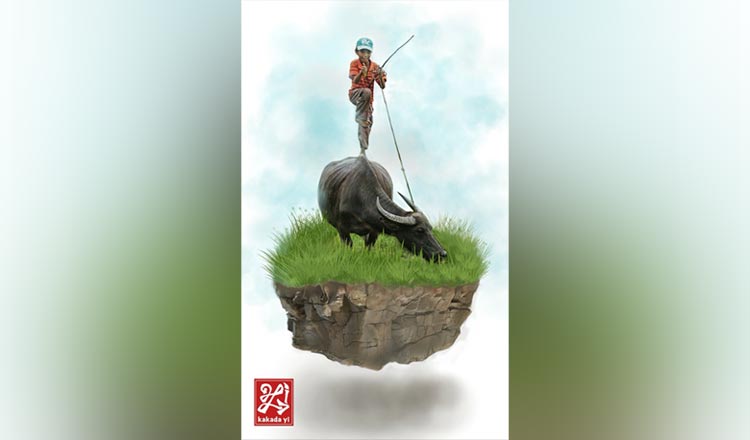 “I don’t usually tell people directly about the meaning of my artwork as I want them to take a look and try to understand the feeling I put into my artwork,” he said adding that the idea of a metaphor can be articulated in drawing. After much practice, an artist will be able to illustrate what’s in his mind so what others can see it depicted clearly.

Kakada’s graffiti art is on display at a few venues–the Battambang night market, a small road to Artillery Arts Café nearby the Royal Palace and the Factory Phnom Penh.

Tattoos and taboo in Khmer tradition