Playing to its strengths, the Malaysian tiger has its sights on being a top-five retail bank in Cambodia

Wading through a crowded banking field, Malayan Banking Bhd, also known as Maybank, has seen steady and solid success in Cambodia since it entered the country in 1993.

Maybank has been registering double digit growth in profits over the preceding years and expect to register double digit growth again this financial year. With the global economy slowing, Maybank still expects to be able to register 12-15 percent growth next year despite the World Bank’s lower forecast GDP of 6.5%, as they aim to be a leading retail foreign bank in Cambodia in the next 5 years.

That success hasn’t come by accident, says Chief Executive Officer Mohd Hanif Suadi. “We always take a long-term position in everything we do,” Hanif says.

That approach has so far served the bank well. 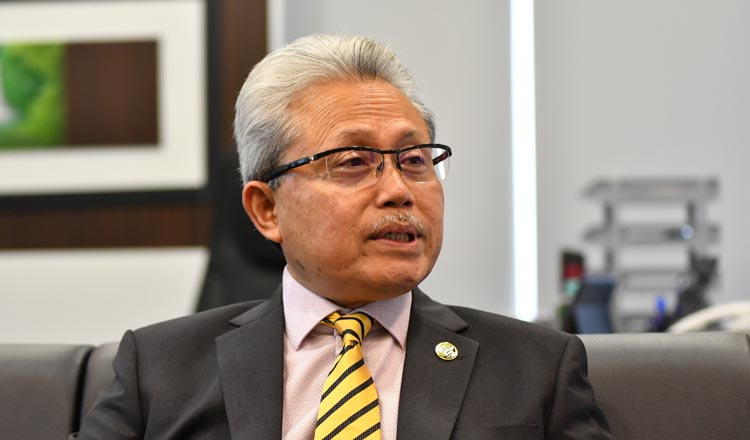 The bank’s tagline – “humanising financial services” – is not just marketing boilerplate, he says. It truly believes in the concept, right down to its “TIGER” slogan, which Hanif proudly displays on a pin on the breast of his suit jacket, and the company’s commitment to corporate social responsibility.

“TIGER” is a concept that was developed by a member of the bank’s own staff, winning a slogan competition in the run-up to the rollout of the transformed New House of Maybank in 2010. The “T” stands for “team-work”. The “I” stands for “integrity” – “We are honest, professional and ethical in all our dealings”. The “G” stands for “growth”. The “E” has two meanings – “excellence and efficiency. Finally the “R” in the acronym means “relationship building”, which is really what Hanif emphasises in his planning.

Under Hanif’s leadership, the bank focuses on the business community and the community at large and places its priority in the form of maximizing returns to both. “It’s a simple statement. We help our customers find solutions,” he says.

The bank’s vision, he says, is to “fulfill our customers’ ambitions by building trusted relationships that last for generations through thick and thin. “We believe in treating all stakeholders fairly and in simplifying financial solutions.”

Since its establishment in Cambodia in December 1993 with the opening of its first branch in Phnom Penh, it has become the preferred financier of both local and foreign businesses, and significantly expanded its customer base of diverse clients, particularly in the housing loan and SME segments.

The bank provides a full range of banking services, but it is the humanising of its financial services that’s entrenched in the bank’s core values. “Ask any of my staff what ‘TIGER’ means. It is what we mean by humanising.” 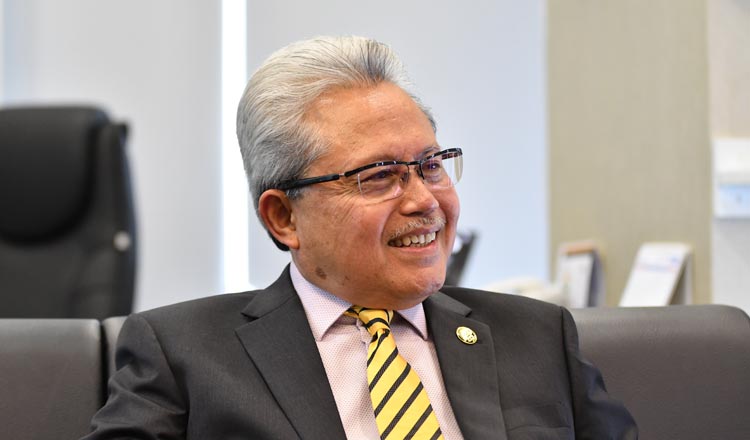 Planning for the future

As a retail bank, Maybank is strategic about its approach and has a keen understanding of its customer demographic in Cambodia. It is for that reason that it emphasizes on reaching customers digitally apart from the other key channels of physical branches and ATMs.

More than half of the population of Cambodia is under the age of 25 and digitally savvy. “They are highly intelligent,” Hanif says of his customer base and the youth market. “Our customers prefer a bank that is easy, convenient and fast. We are providing that experience for them.”

Maybank has 21 branches in Cambodia with 14 in Phnom Penh alone. It employs 400 staff nationwide. And the bank is about to launch an insurance arm locally within this or early next year. “We find it’s a way to complement our complete range of offerings,” Hanif says.

With the offering of insurance also comes education. “Our customers will have the opportunity and convenience to protect themselves with us”, Hanif says.

Beyond making money and marketing slogans, Maybank and Hanif do put their words into action. One example is the company’s commitment to corporate responsibility (CR). CR is a popular theme for both foreign and local businesses in Cambodia, but some companies, like Maybank, are more serious about it than others. 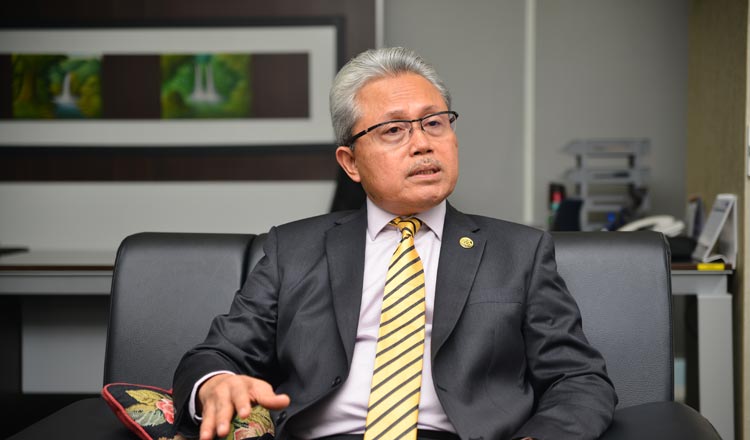 Maybank says it takes a wide approach that lives the mission of its “humanising” slogan. One such programme is called the Maybank Women Eco-Weavers, a community empowerment programme designed to support economic independence and financial inclusion for women weavers and to preserve our region’s weaving heritage. Through training, capacity building and production related financial incentives, these women are provided with the tools to help them and their families become economically independent and financially inclusive.

The latest local initiative is Maybank’s involvement with Khmer Sight, a foundation with the goal of stamping out blindness in the country. Kicked start in conjunction with its 10th annual Maybank Global CR Day 2019, Maybank employees joined the Khmer Sight Foundation in an eye screening and eye surgery mission to provide free cataract surgeries to the country’s most vulnerable and impoverished people. Maybank employees’ involvement with the foundation’s future eye missions will continue throughout the year.

“We remain deeply committed to the communities where we operate,” Hanif says. “Through our corporate responsibility programmes, and with support from our Maybank Foundation, we actively run initiatives that address some of the region’s most pressing societal needs and most needy communities”.

“These initiatives go beyond doing business because it is part of our aim to make the biggest positive impact on the beneficiaries and further entrenches our position at the heart of the communities that we serve,” Hanif told Khmer Times.

MBCC: Bridging Malaysian companies in the Kingdom. A success story