Home - Home away from home

Home away from home

PEOPLE say home is where the heart is. That’s what Malaysia was to me, at least for the past 27 years. While I was not intensely patriotic, Malaysia has always been a source of comforts. Even when I was traveling abroad, the mere thought of going home to familiar faces would pacify me.

It’s a cliché but I love my country. I love the fact that we are never short of 24-hour restaurants. Hearing us converse with one another – seamlessly switching languages in a single sentence. Above all, I adore the many festivities we celebrate all-year-round. For instance, it would be a norm to see buildings decorated with the Malaysian flags at this time of the year, as the Motherland celebrates its independence on August 31. But this particular year, Jalur Gemilang (the national flag) will not be a common sight as I will be commemorating Merdeka in a different country – a country that I initially thought quite alien to my own. When I first set foot in Cambodia, everything about it made me nervous – the relatively scanty skyline with very few high-rises, the streets bustling with human traffic, tuk-tuks and what-have-yous, the mysterious grilled meat on the food carts and the very little English that was spoken around me. Things are very different than what I was used to.

Over the last 10 months, however, I noticed that Malaysia and Cambodia share a few commonalities, and the heart continued to grow fonder of the latter. For instance, if you ask any Malaysians what diversity means, the textbook answer would be ‘living harmoniously in a multi-racial country’. Cambodia, while supposedly homogenous, is also diverse in her own ways. The Kingdom is home to the Khmers, French, Americans and many more. Cambodia has taught that people can co-exist harmoniously even if they don’t come from the same background or were raised in different environments. As a Malaysian, I have only seen ‘diversity’ as a norm and when you assess the true meaning of Merdeka, it means to eliminate all differences and to unite as a collective. Over the last couple months, my perception of Cambodia has changed greatly. It started off as a new country that I work in but I am now settling into the city well than I originally thought I would. Suddenly, without even realising it, I started referring to the Kingdom as my home.

The first few weeks of going around Russian Market, for example, I felt foreign but now I know the area like the back of my hand. The bakery around the corner has become my daily pit stop for breakfast and the restaurant and bar owners there know me by name. As the days pass by, I continue to learn more and more about Cambodia. Certainly never a dull moment. 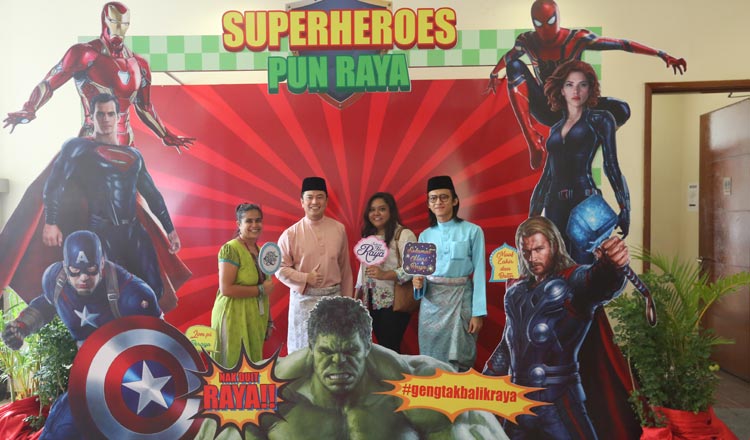 I have met other Malaysians here and we have formed a tight-knit community, welcoming everyone else as well along the way. My list of close friends continue to grow every week as I continue to rub shoulders with new people – be it a Khmer, fellow expatriate or a tourist. Admittedly, there are days I find myself craving for nasi lemak and roti canai, instead of the local favourites like loklak or bhai cha. It’s times like that when homesickness hits hard. There are days where I wish I could get into my car and drive to my favourite mamak (Indian-Muslim eatery) joint where I know the menu by heart. But I roll with the punches. While I have yet to identify the Bangsar (Beverly Hills) and Subang Jaya (Los Angeles) of Phnom Penh, a thriving city of 2 million at recent census, there is a sprinkling of Malaysian cafes here that keep at bay that longing for familiarity.

When I show up at Wau Restaurant on St 63, for instance, my favourite mak cik (auntie) would instantly know I am desperate for her sumptuous nasi lemak ayam. When I am in the mood for kaya toasts, I know Naga World would have my back – all within 10 minutes of a tuk-tuk ride from my apartment. Speaking of tuk-tuks, Cambodia amazes me with this unique transportation mode. It was certainly a new experience when I first came and even till today, it remains a thrilling way to move around. Cheap, fast and very much available– I am thankful that Phnom Penh is filled with these three-wheeled rickshaws.

Home is 700 miles away and while I miss it every single day, Cambodia in many ways possesses the qualities of home that I hold dear. The small things that make up my love for Malaysia is slowly showing up in this city. Be it the diverse waves of people I find myself mingling with or the fusion of culture and food – Cambodia now is equally as much a home as Malaysia is to me.

Ambassador of Malaysia to Cambodia, his mission and vision for the country