An international business conglomerate with roots in India and an Indian automaker are looking at partnering with the Cambodian government on a project that will strengthen the Kingdom’s public transportation system and make Cambodia a producer and exporter of electric buses.

According to a press release from Sram & Mram Group last week, the company, together with Elpro Automobiles Pvt Ltd, have had initial discussions with Cambodia regarding the proposed project.

As part of the project, Sram & Mram and Elpro will set up assembly lines in Cambodia to produce electric buses that will be used domestically and exported. 2,000 units are intended for Cambodia, according to the press release.

The new 33-seater buses, 50 of which will be rolled out two years after the agreement is signed, will strengthen the public transportation system, according to the press release.

The proposal stipulates that Sram & Mram and partners will provide the funding, technical expertise, and infrastructure, while the Cambodian government will supply the land where the facilities will be set up. 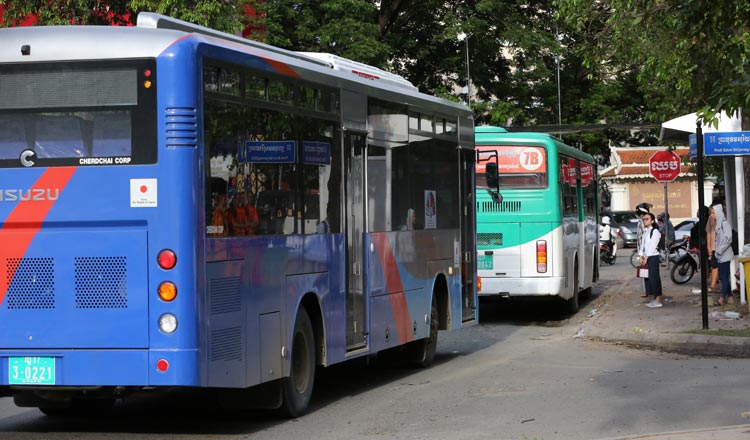 The press release said $1 billion will be invested, which includes the construction of bus assembly facilities in other countries like India and Myanmar over five years.

Othsman Hassan, Secretary of State at the Ministry of Labour and Vocational Training, said in the press release that he welcomed the project. “Such initiatives will help move the Cambodian economy forward,” he stressed.

The project also aims to create 10,000 jobs for locals.

In addition to India and Cambodia, Sram & Mram has a presence in South Africa, Indonesia, Malaysia, Bahrain, Georgia, and Bangladesh, among other countries. The company is involved in foreign exchange management, agriculture, artificial intelligence, hedge fund management, and tourism.

Early this year, the company signed a memorandum of understanding with the Cambodia Association of Travel Agents that aimed to increase the flow of tourists between Cambodia and India.