Work is to start today on the Chom Chao flyover, the sixth of its kind at the busy Chom Chao roundabout in Phnom Penh.

The project comprises three flyover sections and an underpass, according to City Hall. As planned, the construction will take 30 months to complete.

According to the master plan, the main flyover connects Russian Federation Boulevard to National Road 3 and it is 408 metres long and 15.8 metres wide. 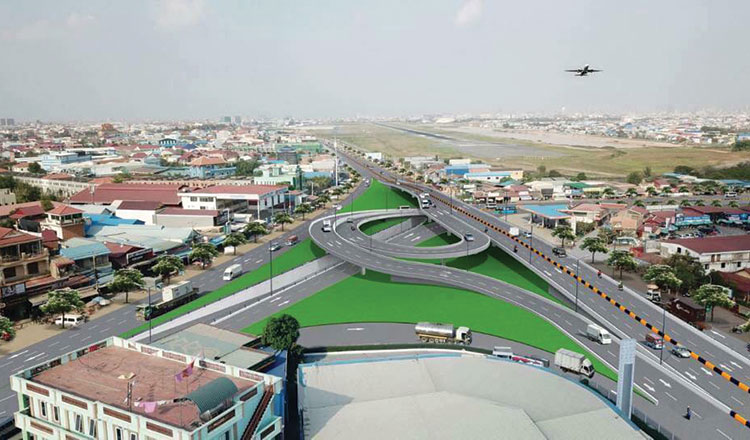 Once completed, the flyover and underpass will have a 100-year lifespan. The Overseas Cambodia Investment Corporation has been awarded the contract.

City Hall spokesman Met Meas Pheakdey declined to provide the cost of the project. The flyover would contribute to traffic flow and ease congestion, he noted.

It was an important junction connecting Phnom Penh to National Road 3 and National Road 4 in term of the transport of goods to the deep seaport in Preah Sihanouk province, he added.

Currently, there are five flyovers in Phnom Penh, with four already in operation and one in temporary operation.