Home - Tusk force gets down to work

Tusk force gets down to work

The sugar cane fields of several farmers in the village were eaten by the elephants and needs compensation. Aside from damage to crops and housing, what worries the monitors most is the safety of the villagers. “The elephants are often found near the hot spring dam and banana land.”

Monitoring in the early days used to rely solely on the experience of forest rangers. Later, the monitoring team started using drones and infrared cameras to locate the elephants. Every day, monitors update more than a dozen messages on the elephant warning platform, and notify the forestry bureau and villagers through a mobile phone app in a bid to reduce encounters between villagers and the elephants.

Although these methods can accurately establish the position of the elephants, it is not a long-term strategy. The dilemma facing the monitors is how to reduce troublesome human and elephant encounters and prevent disasters, while preserving biodiversity. 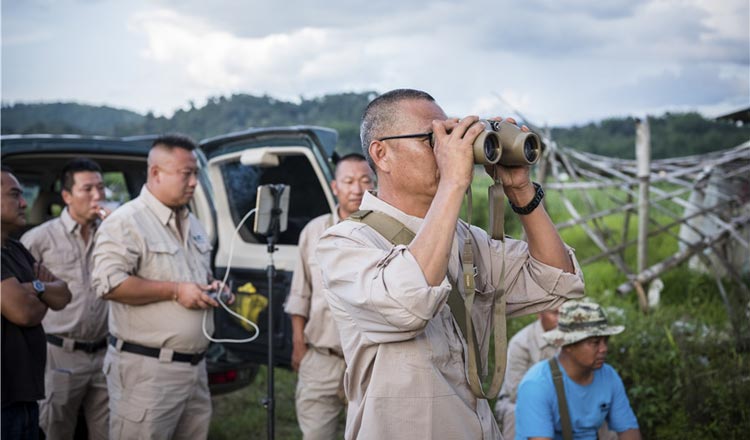 Years of experience have led to a consensus within the Menghai County Forestry Bureau and elephant protection organisations that building a food source for the elephants is a must.

With a solution in place, the project began bidding for startup funds. In February, Alashan SEE Foundation began selling special “Noah’s Ark Protecting Asian Elephants” goods on Taobao, which helped pull in a total of 443,841 donations in June, alleviating the financial pressure in efforts to aid the pachyderms.

The project, in conjunction with the local forestry bureau, has recruited 30 villagers to transform hundreds of acres of land into elephant food sources. Cameras set up have already captured pictures of the elephants eating in the designated areas. (This China Daily Story by Chen Ran is translated by Zhang Lei / Pictures by Meng’a Forestry Bureau unless mentioned.)

THERE & BACK BEKKA BIKE CHICK

Kenbo S7: IS A GRAND STATEMENT OF CONFIDENCE