Kratie provincial court today are questioning well-known timber tycoon Kong Kroeng and his son-in-law over suspected illegal logging activities in Kratie province two days after they were arrested by the National Committee for Forest Crime Prevention.

Brigadier General Heng Hy, NCFCP spokesman said tycoon Kroeng and his son-in-law Math Naseat were arrested by military police and sent to the Kratie provincial court on Saturday afternoon on the grounds of alleged illegal logging. 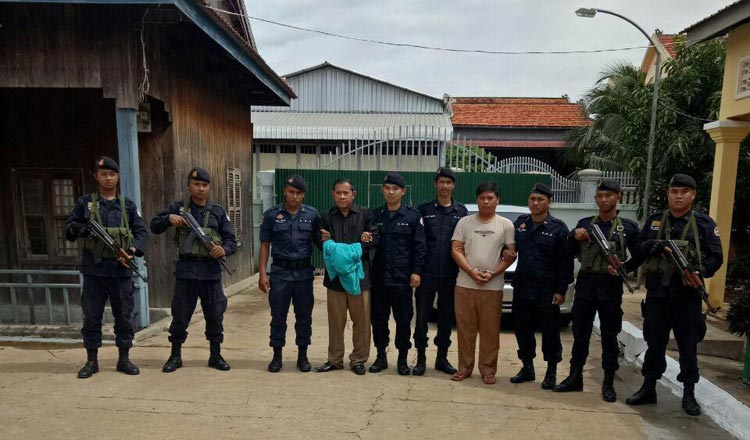 Thuch Panhchak Santepheap, a provincial court deputy prosecutor, today confirmed Mr Kroeng and Mr Naseat were being questioned in provincial court for the first day after  they were arrested.

“We are processing the procedure in this case,” he said, “We do not lay any charges against them yet.”

Authorities detained the tycoon and his son-in-law on Thursday following an investigation on large-scale illegal logging operations in Kratie province.

Mr Kroeng, owner of the Math Naseat timber processing facility in Snuol district, has been accused as the suspect  behind the smuggling of forestry products to Vietnam.

Sam Rainsy faces arrest if he returns on November 9