It is not uncommon to say that art skills cannot generate enough income for the artist or artiste to make a living. Many are of the opinion that an artiste must be either deeply skilled in their field of arts, well-known in their specific art form or juggle a non-art related job, in order to make enough money to sustain.

However, local artistes Keo Sophanith and Phan Chamroeun, argue that this is not the case.
Say Tola talked to them recently in a reality check on how they eke out a living as artistes.

Being a performer of spoken and musical theatre, Keo Sophanith (pic right) believes that art skills are the only tools needed to change one’s life. Based on her personal experience, the arts enabled her not to only become an icon for Cambodian art on the global platform, but opened many doors to perform on local television, to play an important role in films, to perform at various national events, and to share their knowledge of Cambodian musical theatre with the younger generation. 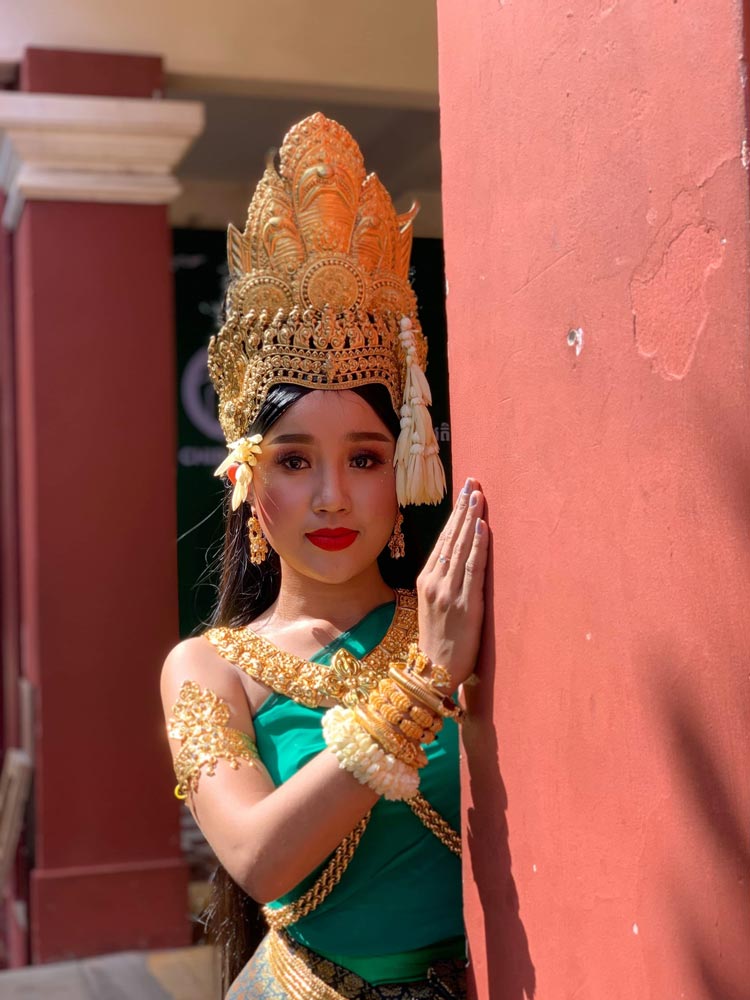 However, Ms Sophanith said the journey has not always been rosy. In 2010, she started off as a spoken theatre student – an art which not many girls were interested to learn. But as she was profoundly passionate in singing, Ms Sophanith changed her major to Lakhorn Yike which is a traditional Cambodian form of performing arts that incorporate singing, dancing and performing skills.

Dating back to the last 10 years, she says: “My parents strongly disagreed and were disappointed when I came to learn Lakhorn Yike because they expected me to work in a bank or in a private company. Despite my young age, I had always known what my passion was — learning Lakhorn Yike. And I struggled to follow the vision of reviving the Khmer arts.”

It might be easier to express your goal, yet you can only turn it into reality when you put things into implementation. Reflecting on her past, Ms Sophanith said there were times when she almost allowed depression to take control of her life. She admitted that mastering an art form requires strong patience, perseverance and commitment.

Yet as people say: no pain, no gain. Just six years later, Ms Sophanith said all the effort she put into arts has paid off. She is now a staff at the Department of Performing Arts, a Lakhorn Yike instructor at the Secondary School of Fine Arts, a performer for Lakhorn and a film actor. 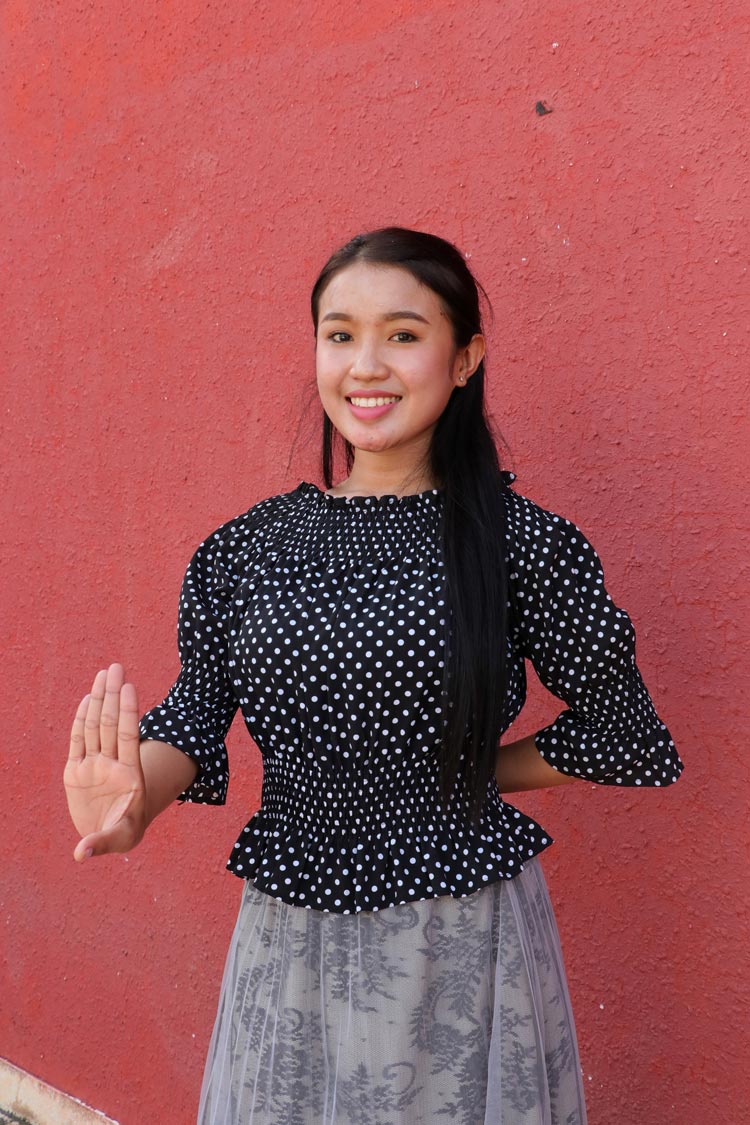 Though she gets a lot of roles today, she said that initially she was skeptical about making it big. The 22-year-old performer said: “As an artist, I think what comes first is the best version of ourselves. Artistes have to try all their best before thinking about income. If they are talented and skilful, money will chase them.”

It was always hard at the starting point. She revealed: “Spending five years studying Lakhorn Yike at the Secondary School of Fine Arts meant I had to wake up in the early morning to rehearse. I felt very pressured when people criticised my voice. For now, I think they are the biggest factor and inspiration for transforming me to become who I am today.”

Many might say the arts cannot pay for an artiste’s survival. However, Ms Sophanith thinks the contrary. Working in a rare art form, she says being skilful is not enough, an artiste must additionally learn to build good connections, have the right attitude and know how to work flexibly along with other talents.

For this 28-year-old artist, the Tro Sau has allowed him to spread his wings to many countries, representing Cambodia. Playing Tro Sau not only gave him the opportunity to understand the outside world, but it also serves as a foundation of improving his own life. After 13 years of learning the two-string instrument, Mr Chamroeun (pic below) has mastered the art of Tro Sau.

Tro Sau is a form of classical instrument that can be played for many forms of music, including Mohori, traditional and Ayai. The unique thing about Tro Sau is that the sound can also be mixed with foreign musical instruments to create a song in fusion.

Asides from mastering the Tro Sau, Mr Chamroeun is also a man of many talents. As someone who has various interests and hobbies, he decided to also work in the administration field at the Ministry of Social Affairs — something he had wanted to pursue from a young age. He, however, still believes that art is the main foundation of his life.

“It is hard to say if art can really help an artiste or not, it definitely depends on the individual. Some people learn for so many years, yet they are unable to do the work. I won’t say it is a problem with the job market, but I will say it is a matter of how skilful one is. And there is work available to suit all levels of knowledge,” said the 28-year-old musical instructor.

He added: “Working in administration is also my goal since I was young. No matter what, without the arts, I cannot become who I am today.”

Speaking about his personal experience, Mr Chamroeun expressed that music has allowed him to collaborate with many international bands and given him the platform to showcase Khmer classical instruments in the international arena.

Responding to the aforementioned argument, Mr Chamroeun said: “People cannot just sit and wait the rain to fall, they have to find their own source of water. The same with artistes. They have to actively look for opportunities and continue to build up their own capacity.”

Despite his busy schedule, what with preparing for an Asean event in Indonesia soon, he gladly shared some tips which fellow artistes could benefit from: “Aligned with the global trend, an artiste needs to have some extra skills to comply with international standards. These include understanding technical words of music, strong understanding of musical notes, the ability to speak English and being tech savvy.”

Future is now with Animation