Home - Nothing to Hide: Testy ties in smartphone era

Nothing to Hide: Testy ties in smartphone era

If you are looking to have a night in and watch something particularly interesting (and if you don’t mind French), Nothing to Hide might be a good addition to your watch list. The French remake of the Italian hit, Perfect Strangers is a dramatic comedy that explores relationships in the Iphone age.

The movie sees a group of old friends and their partners come together for a dinner party hosted by Marie (Bérénice Bejo) and Vincent (Stéphane De Groodt) .

What started as a joke about a (questionable) humorous story of a woman who finds out her husband’s escapades with another woman soon turns into a game where everyone surrenders their phones to the centre of the table.

Throughout the dinner, any messages or emails received would have to be shared with anyone else. Things start slow with pranks played on another and eventually take a twist when the married couples start to receive racy texts from strangers, seductive voicemails as well as some pictures that their partners would never approve of.

While audiences would have easily predicted the climax of the story, these friends who have known each other for years soon get to know one another even more. The setup is sure to strike a chord with audiences regardless of adults or young adults, where relationships are tested even more in the age of the Iphone.

Bérénice Bejo puts up a good performance as Marie who initially keeps up the perfect wife façade as she peels each layer open, revealing a more torn-up wife craving to cover up her flaws. Suzanne Clement plays Charlotte the eccentric businesswoman, who I have to say, stole every scene she was in.

A running gag in the movie involving the eclipse where the group come together to take a picture and fails every time, gives the audience a light comedic break between each bombshell that comes in. 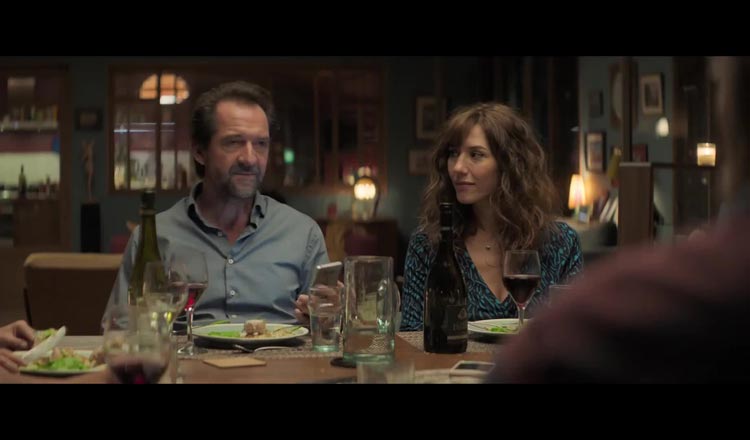 The eclipse plays a twisty role in ending the film where audiences who are watching the adaptation for the first time will be in for a surprise, with a subtle message implying that sometimes private lives are meant to be private for a reason.

Nothing to Hide maintains a simple premise but fails to probe deeper which would have been better to further explore the theme set in the movie. Regardless, it’s a comedy that deserves a chance for its strong and compelling story.