Kratie Provincial Court on Wednesday charged and jailed two men for drug use and trafficking of more than half a kilogram of crystal meth in Kratie city.

Mr Socheath said they were charged with drug use and trafficking and face up to 20 years each in jail if convicted. They are currently in pre-trial detention.

He added police arrested Mr Rasmey and Mr Sokchea on Saturday in Kratie city and seized more than half a kilogram of crystal meth from them. 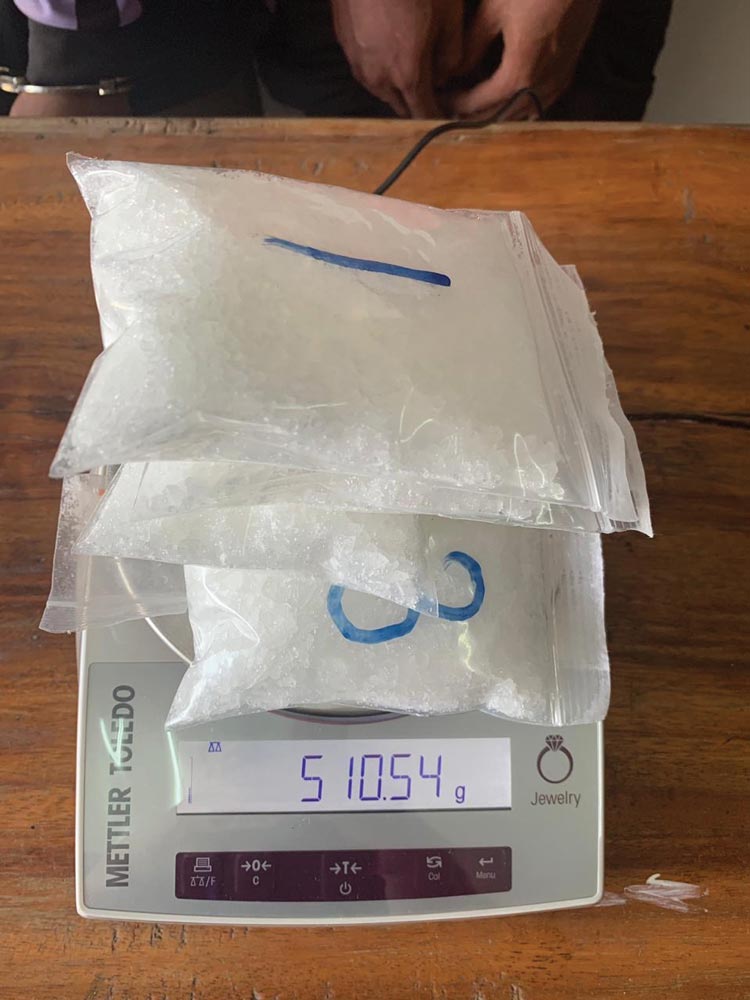 Major Phath Sopheak Veasna, commander of Kratie city military police, said the two were suspected of distributing drugs in guesthouses and nightclubs in the province.

Maj Veasna noted that they were arrested by military police at about 4.30pm on Saturday after they sold drugs to an undercover police officer who had disguised as a drug dealer. The transaction took place in Rokar Kandal commune in Kratie province.

“They were arrested red-handed when they sold the drugs to an undercover police officer in Rokar Kandal commune on Saturday,” Maj Veasna said.

He added that police seized six packages of crystal methamphetamine weighing a total of 510.55 grams, two phones and one motorbike from them.

Maj Veasna noted that police conducted urine tests, which both came back positive for drug use.