The Environment Ministry today said a total of 83 containers filled with unwanted rubbish at Sihanoukville Autonamous Port will be sent back to their original source.

Environment Ministry spokesman Neth Pheaktra said the containers, which contained mostly plastic, were found on Tuesday afternoon during a crackdown on banned waste by a number of national and sub-national officials.

Speaking to reporters at the scene, Mr Sam Al said the containers will be returned to their original source, but he did not disclose where the containers came from. 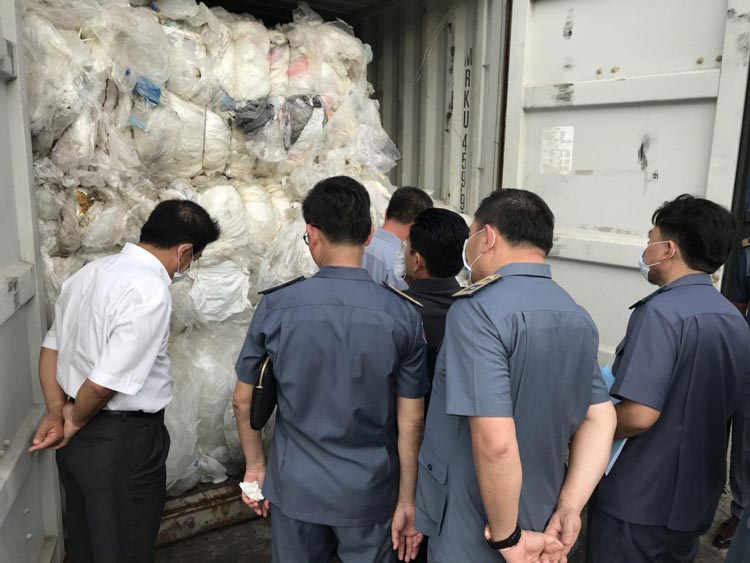 “We are investigating,” he said. “I cannot say where the containers came from, but they must be sent back.”

“We will also fine those who imported them,” Mr Sam Al added. “They must be punished in accordance with the law.”

The discovery of the 83 containers followed a statement by Prime Minister Hun Sen announcing a ban on rubbish imports last week.

“Never allow such imports, I recall that people in the past approached us and suggested that Cambodia burn waste to produce electricity. They wanted to import waste from overseas.” Mr Hun Sen said.