African Swine Fever continues to plague the Kingdom as Kandal has become the latest province to experience an outbreak of the disease.

Since April, ASF has been detected in the provinces of Ratanakiri, Tboung Khmum, Svay Rieng and Takeo. On Thursday, the Agriculture Ministry said more than 2,000 pigs either died or were culled due to the disease.

The outbreak in Kandal was detected last week in the districts of Khsach Kandal and Sa’ang, where hundreds of pigs fell sick and died. The Agriculture Ministry yesterday issued a statement confirming that ASF has hit multiple communes in the province.

Agriculture Minister Veng Sakhon said in the statement that the General Department of Animal Health and Production must take action in the outbreak areas. 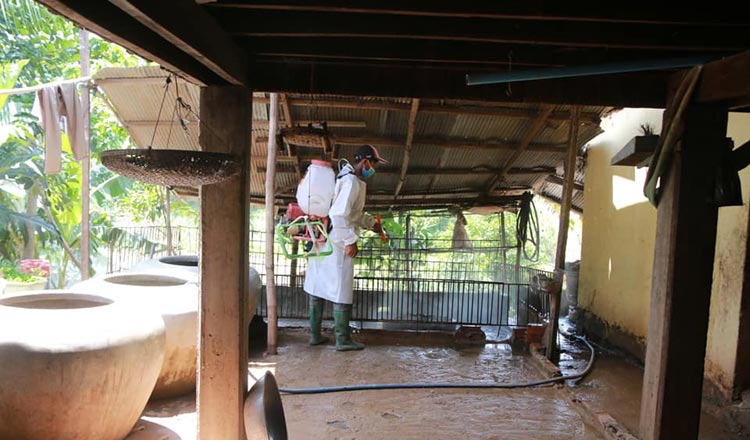 “African Swine Fever is not infectious and does not affect humans, but this disease causes pigs to be sick and die,” the statement noted. “This leads to serious losses for people raising pigs.”

Ol Dorin, head of the Kandal Provincial Animal Health Department, yesterday said ASF was first detected in Kandal on July 9 and that hundreds of pigs in the communes of Kampong Chamlong and Kraing Yov have died.

He noted that villagers were raising about 1,700 pigs in the two communes.

“Up until today, the number of sick and dead pigs has risen to more than 700,” he said. “Pigs die every day.”

Mr Dorin said the outbreak in Kandal may have come from neighbouring Takeo due to pig feed, which included pork products, being imported.

“Our working team has gone to spray disinfectant at farm houses belonging to people, along roads, and in pig transport vehicles,” he said. “In addition, we also educated, disseminated and put out pictures on how to protect themselves from the spread of the disease so people will understand and prevent the trade of sick and dead pigs.”

Mr Dorin added that the Agriculture Ministry recently resumed the trade of pigs in outbreak areas. He noted that citizens who want to sell pigs must contact agriculture officials to run a blood test on their livestock. 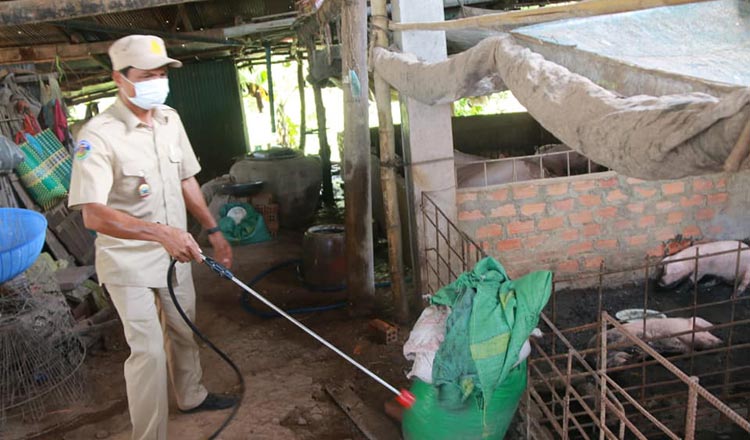 On Saturday, the Agriculture Ministry said it was resuming the sale of pigs in affected areas because many people rely on pigs for income.

Earlier this month, the UN’s Food and Agriculture Organisation said that ASF continued to spread within East and Southeast Asia in countries such as China, Vietnam, Cambodia, Mongolia, North Korea, and most recently in Laos, noting that millions of pigs perished or have been culled.

The FAO said the spread of ASF raises concerns over food security for millions of people dependent on pig farming.

Kuwait marks 25 years of ties with the Kingdom

Japan to grant $4.6 million in aid