Say “NO” to toxic waste!

The Prime Minister Hun Sen sent a clear message last Friday that Cambodia would not become a dumping ground for any form of waste, generally referring to toxic waste such as medical waste, bio waste and electronic waste.

Toxic waste can harm people, animals, and plants, whether it ends up in the ground, in streams, or even in the air. Some toxins, such as mercury and lead, persist in the environment for many years and accumulate over time.

It reminds us of the mass hysteria the dumping of some 3,000 tons of 20-year-old sludge highly tainted with extremely toxic mercury. In 1998, some irresponsible, corrupt and inept officials had authorized the shipment of the waste from Taiwan’s Formosa Chemicals to the Kingdom. The Taiwanese freighter Chang Sun docked at the Sihanoukville port to unload highly toxic heavy metal mercury.

The shipping documentation referred to the waste as “cement cake”, and after intense laboratory testing, authorities discovered that the concentrations of mercury were more than 20,000 times above safety limits. It was reported that two men died with symptoms of acute mercury poisoning and several others were affected.

The “hazardous” toxic waste, which are too poisonous and deadly to be buried in landfill or dumpsites in their own country, have been exported to developing countries in collision with corrupt local government officials.

Now, 21 years later, the same issue is re-emerging and being discussed at a high-level cabinet meeting. It is timely to discuss preventive measures before the local people get affected by the imported “toxic” waste, if any.

In the Philippines, in May this year, the government requested the Canadian government to ship back the waste that was exported by a private Canadian company to the Philippines between 2013 and 2014. Though the waste were marked as recyclable materials, they contained some 2,500 tons of household waste, including plastic bottles and used adult diapers.

Also, in May this year, Malaysia sent back approximately 3,000 tons of non-recyclable plastic waste to countries such as the United States, the United Kingdom, Canada, and Australia. 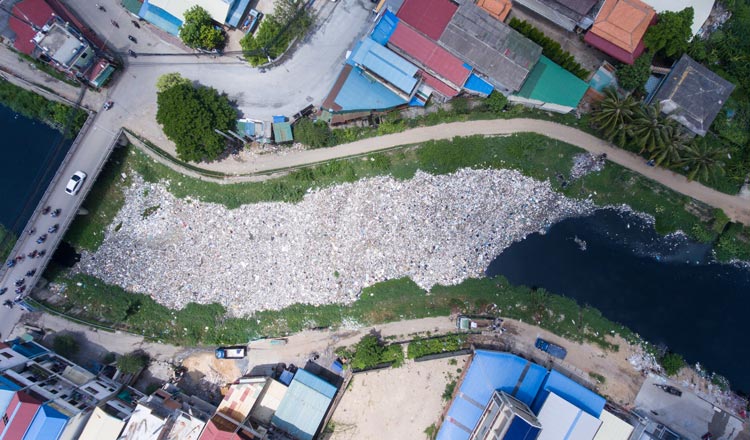 This month, Indonesia has returned 57 containers of waste to the sending countries, Australia, the United States, France, Germany, and Hong Kong after finding it was contaminated with used diapers, plastic, and other materials.

Last year, India was the fourth-largest destination for Australia’s plastic waste, buying 13 per cent of its total recyclable exports and the top 10 destination for plastic scrap importers in the world, receiving such trash from up to 50 countries. It put a brake on such imports when the health and economic costs of such heinous imports sunk into law makers and environment officials.

India, had way back in 2003, pioneered the art of “reverse dumping” where 1,416 drums filled with 290 tons of hazardous mercury wastes from a thermometer factory was sent back to the US.

“What’s happening in Southeast Asia, what’s happening in Asia and Africa, shows just how bankrupt the recycling system really is,” said Von Hernandez, the global coordinator for the Break Free from Plastic initiative, when speaking in the Philippines in February.

“Consumers, especially those in the West, are conditioned to believe that when they separate their recyclables and throw them out, that it’ll be properly taken care of. But that’s been exposed as a myth.”

The Basel Convention, which governs the international waste trade, was adopted in 1989 in response to egregious cases of hazardous waste dumping on communities in Africa, the Caribbean and Asia.

According to the ‘whenonearth’ website, there are up to 20 countries which were used as dumpsites by the developed counties. They are Ghana, China, Nigeria, Philippines, Somalia, India, Vietnam, Pakistan, Bangladesh, Ivory Coast, Indonesia, Kenya, Guinea, Haiti, Mexico, Zimbabwe, Guinea-Bissau, Lebanon, South Africa and, surprisingly, Sweden.

It is estimated that global garbing dump count at 2.12 billion tons per year. In many cases unsuspecting and in equally many cases, corruption, plays a big role in enabling garbage and trash in all forms, including the highly toxic, highly contaminated medical, e waste and bio waste to be allowed in into many ports around the word.

Some think it can be recycled into cheap energy, a fallacy, and some think it can be picked apart for usable or reusable and recyclable items. Whichever the case, the human greed and ignorance have played into the hands of irresponsible corporates the world over to treat this as a form of legitimate business.

The fact that Cambodia suffered from this 21 years ago, should remain as a stark reminder to customs and port officials that no matter how tempting the offer is, it is simply not worth receiving any form of waste from abroad for two reasons: we have enough of our own and toxic waste can harm local people.

Prime Minister’s health not a subject of speculation