YOGA, one of the most ancient and mysterious sports in India, has captured the attention of many people with its gentle beauty and physical benefits. Kung fu, one of the most reprehensive sports in China, has also gained followers around the world with its powerful beauty.

So what happens if the two are combined? The answer could be found at the 2019 China-India International Yoga Festival, which ran June 21-24 in Dujiangyan, Southwest China’s Sichuan Province, to promote cultural exchanges between China and India.

“Kung fu and yoga are two different cultures produced by different civilisations, but they have a common purpose: Uniting the body and mind through fluent movements and harmonious spirits,” Mu Qida – the leader of Muqi Culture, one of the event’s executive parties – told the Global Times.

According to Mu, kung fu yoga will become a new international cultural IP for Dujiangyan.

“ is a new form of exercise that we proposed, which advocates the beauty of Taoism and harmony. We are going to perfect the system of this sport and hope more people can discover its beauty,” said Mu.

“Yoga cultivates the mind while kung fu cultivates the will,” actress and promotional ambassador for the festival Miya Muqi, who once starred in the film Kung Fu Yoga with Chinese action star Jackie Chan, told the Global Times.

With a history dating back to more than 4,500 years ago, Dujiangyan is one of three legacy cities in the world that boasts World Cultural Heritage, World Natural Heritage and World Heritage Irrigation Structures.

According to Mu, more than 3,000 people attended the opening ceremony. Many of the attendees are professional teachers of yoga, but are still looking to improve themselves by learning from yoga gurus.

“Yoga is gaining more attention in China and is getting more popular among Chinese,” Yang Yong, one of the Chinese judges for the First China-India International Yoga Fitness Competition, which was held as part of the opening. 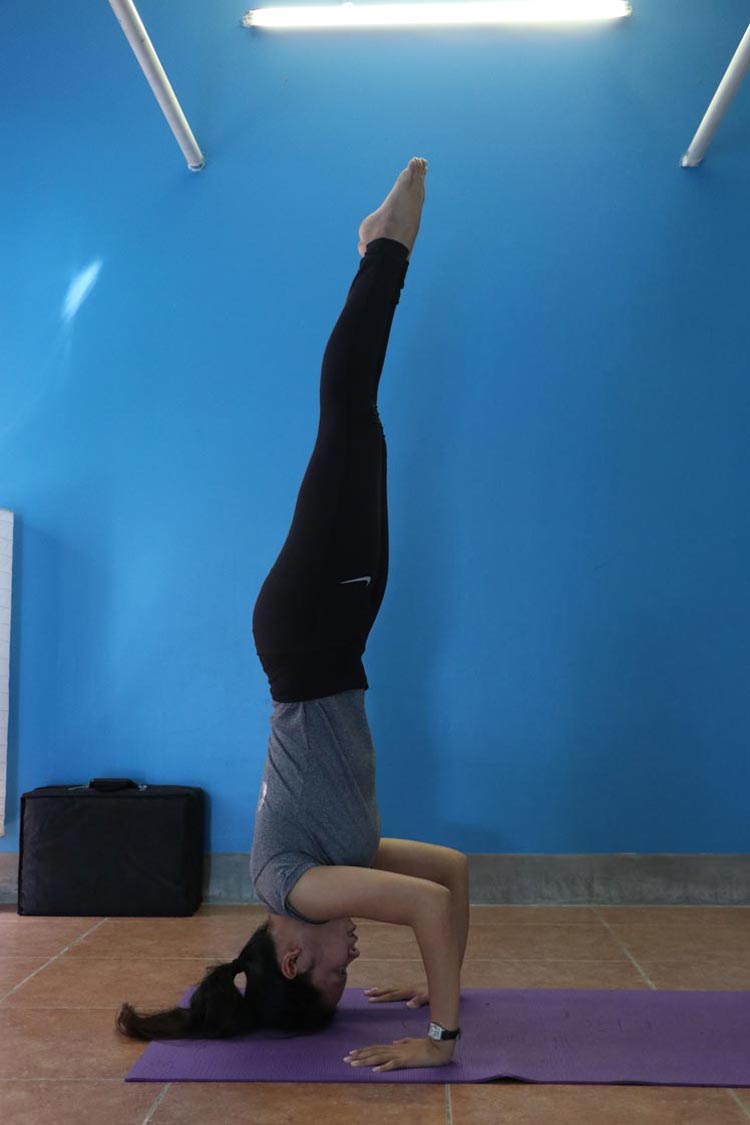 “I have been practising yoga for almost six years, and always dreamed of attending this event. It has not only provided us with a performance stage, but also allows us to experience and understand yoga from all angles through yoga courses,” Tang Zegang, one of the contestants in the solo yoga show, told Global Times.

Tang said she prepared for the performance for almost two months but, after seeing so many professional performances, feels she needs more practice.

“The competition was very professional. I have to work harder and come back next year,” said Tang.

“This event has greatly promoted the development of yoga in China, and also allowed us to experience the vastness and profoundness of Chinese culture. Chinese and Indian culture is so similar and that’s what makes us really good friends,” said Raj Kothar, one of the Indian judges.

Indian Consul General in Guangzhou Sujit Ghosh visited Dujiangyan on June 23, during which he praised the event.

According to Ghosh, Indian Prime Minister Narendra Modi is also paying attention to the festival in Dujiangyan. Next year will mark the 70th anniversary of the establishment of diplomatic ties between China and India. He hoped that Dujiangyan can carry out more and various activities at the yoga festival next year.

Because of the yoga festival, health has become a very hot word in Dujiangyan. The number of yoga studios in the city has grown from just a few to more than 80.

“I have more friends becoming interested in practising yoga, and I hope yoga can bring health and happiness to more people around the word,” said Tang. Global Times

A Genuine Collector at Heart

A sober reminder for a healthy liver