A Japanese woman hands over 85 artifacts

A Japanese woman today handed over 85 Khmer artifacts, in which some were made of metal, gold, and sandstone to Cambodia’s Ministry of Culture in dedication of her husband.

Speaking to reporters at the national museum after the ceremony, Ms Fumiko Takakuwa said her husband collected all these Khmer artifacts when they were on sale in Japan over the past 20 years.

“Before he passed away, he told me to hand them back to where they belong so that they would remain valuable,” Ms Takakuwa said. “My husband loves Khmer art and he used to conduct research on Cambodian culture over the past.”

Ms Takakuwa said she hopes that Cambodia remains at peace and the kingdom’s glorious civilization could be known to the world. 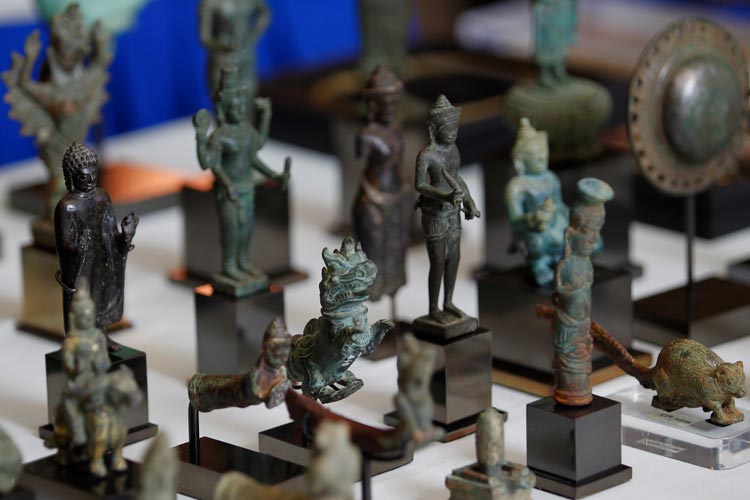 The artifacts date back to the pre-Angkorian, Angkorian and post-Angkorian periods. The artifacts include Buddhist and Hindu statues, decorative items, bronze statues of animals, gold necklaces and ceramic items.

Prak Sonnara, director-general of heritage at the Ministry of Culture and Fine Arts, also noted that Ms Takauwa donoated 5,000 USD for the conservation of the national museum.

“We are so delighted toward her kindness,” he said. “On behalf of the ministry, I would like to thank her for voluntarily handing over all these valuable artifacts.”

Ban on living inside buildings under construction