The National Assembly yesterday unanimously approved plans by SPHP (Cambodia) to invest in a new hydroelectric dam in Pursat province, as well as plans by Schnei Tech to build solar farms in Pursat and Kampong Chhnang province.

Since power cuts began in March across the country, the government has approved several energy investments – a hydropower dam in Pursat province as well as several solar farms across the country – and increased energy imports from neighbouring countries.

Out of 125 members of parliament, 112 were present at the National Assembly session led by its president Heng Samrin yesterday. 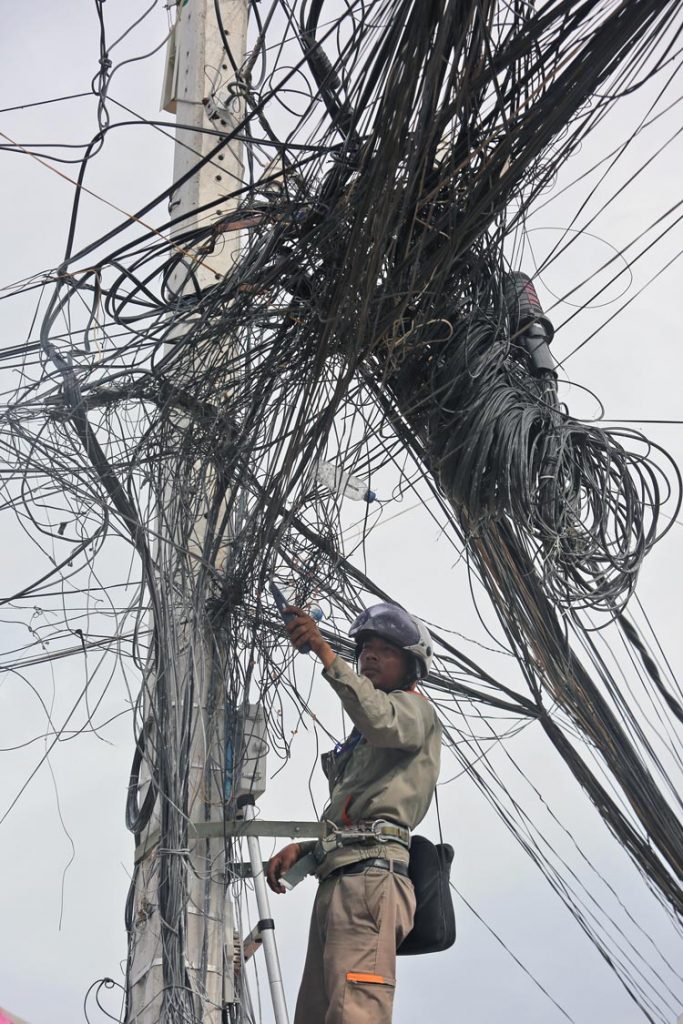 The National Assembly spent hours debating the draft law on the SPHP (Cambodia) project and on the plans by Schnei Tech. Both draft laws were unanimously approved by the 112 CPP lawmakers present at the plenary session.

During a cabinet meeting on April 5, Prime Minister Hun Sen approved plans by SPHP (Cambodia) to invest in a new hydroelectric dam in Pursat province, as well as plans by Schnei Tech to build the solar farms in Kampong Chhnang and Pursat.

The dam in Pursat will be able to produce 80MW and will be built on a build-operate-transfer (BOT) basis with a total investment capital of more than $231 million. The company has been granted a 39-year concession for the project.

The solar farms will each have 60MW capacity. They will be built on a build-own-operate (BOO) basis with an investment of more than $58 million.

Cheam Yeap, a lawmaker and chairman of the National Assembly’s Commission on Economy, Finance, Banking and Audit, said during the session that he supported the new hydroelectric dam in Pursat, which would help to boost electricity supply in the Kingdom.

He said the government has been encouraging the growth of the energy sector by wooing companies to invest in it to ensure electricity supply is sufficient, sustainable and affordable.

Mines and Energy Minister Suy Sem, who attended the plenary session, said companies will solve compensation problems in acquiring land for the projects.

He said the hydroelectric dam project in Pursat would affect the homes of 347 families and farmland that belong to 296 families totalling 5,355 hectares. Mr Sem added that 600,724 hectares of forest land would also be affected.

In response to a lawmaker’s question on the months of electricity shortages in the Kingdom recently, Mr Sem apologised to the people and blamed the shortage on natural causes.

“His excellency Kep Chuktema asked me how we can prevent future electricity cuts,” he said. “I and my colleagues at the Ministry of Mines and Energy wish to take this opportunity to apologise to our people across the country regarding the lack of electricity supply during the dry season,” he said. “Because of what? It is purely because of natural factors.”

Mr Sem noted that the Council of Ministers would be discussing another proposed solar power station project in the middle of this month and send a draft to legislative institutions for approval. He said the project would also help to reduce electricity shortages.

“In the future, we will have about 5,000-megawatts,” he said. “We wish to inform you that we already have the master plan.”

According to the Mines and Energy Ministry, Cambodia produced 2,650 megawatts of electricity last year, of which 1,329 megawatts, or 50 percent, came from hydroelectric dams.