The Perspectives Cambodia: Speaking their minds

It was a typical Saturday afternoon for most. But inside the vast hall of the Institute of Technology of Cambodia, the air was thick with excitement, eagerness, inspirations and ideas as over a thousand students gathered for the Season 2 of The Perspectives Cambodia, where young speakers spoke their minds on different socially relevant issues and debated about Cambodia’s upcoming elections.

The Perspectives Cambodia presented two teams for the debate and four public speakers – who all underwent tough screenings in the past six months.

Education Minister Hang Choun Naron and president Union of Youth Federations of Cambodia Hun Many presided the event. Also present in the event were officials from different sectors of the society, government ministries, non-government organisations, monks, students from various universities and schools and parents.

The opening speeches of Mr Naron and Mr Many contained words of encouragement for the youth to break all the barriers and find their way towards successful lives. 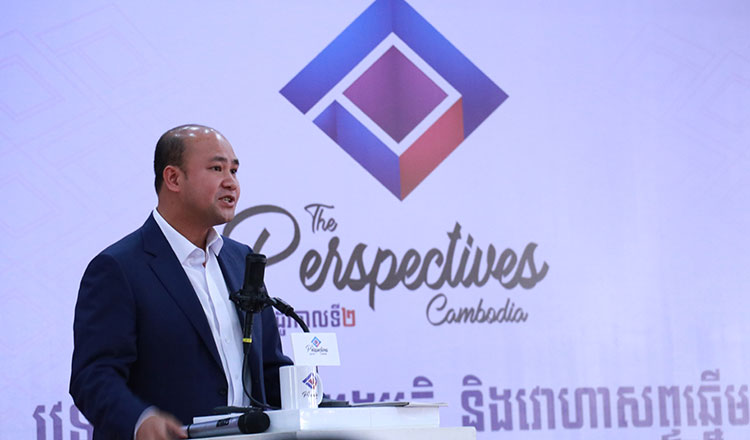 Three boys in formal suits and a girl in traditional Khmer attire went up on stage – all showing confidence of what they were about to tackle in their five-minute speeches. The speakers were also asked some questions by the five judges and attendees regarding their chosen topics – Spirit of the Nation, Economic Vessel, Volunteering Jobs, Grabbing Opportunities to Change Destiny. All contestants were required to maintain steady voice and clarity so the audience would be able to grasp their perspectives. Hand gestures and head movements were also judged.

After the influential speeches, the center stage gave way to the two debating teams – each team consisting of four members – who discussed the status of democracy in Cambodia in relation to the upcoming elections on July 29. 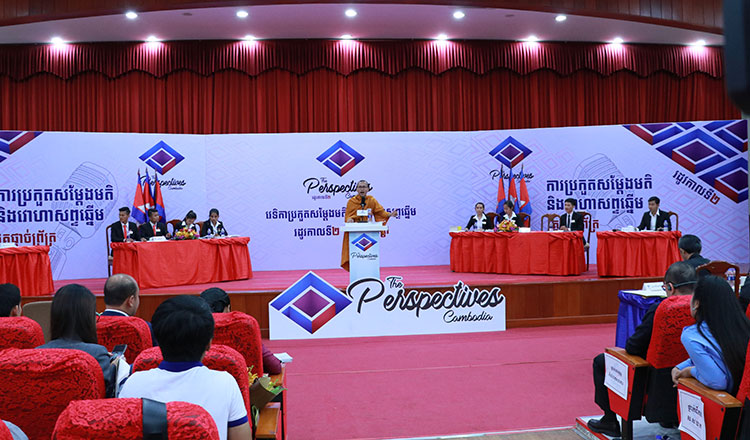 Khemrak-kolrak-vitou (proposition) believed that the election is a key element in enhancing democracy in Cambodia. The Chak-khok-nhean-wat (opposition), however, argued that the rule of law is the very foundation of democracy.

Standing as judges of the debate were a university rector, a member of the National Elections Committee, director from the Royal Academy of Cambodia, staff of United Nations and co-founder of an online news outlet. 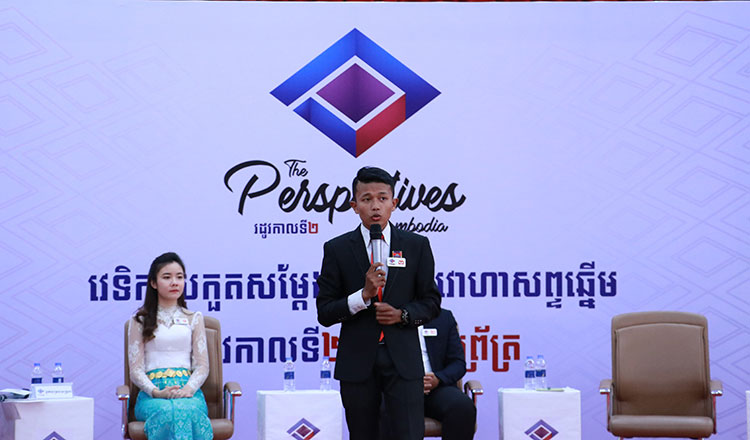 The opposition team was declared the winner of the debate competition, earning a total cash prize of USD 1,875 and a trophy. Each member of the winning team received gold medals, computer sets and certificates. 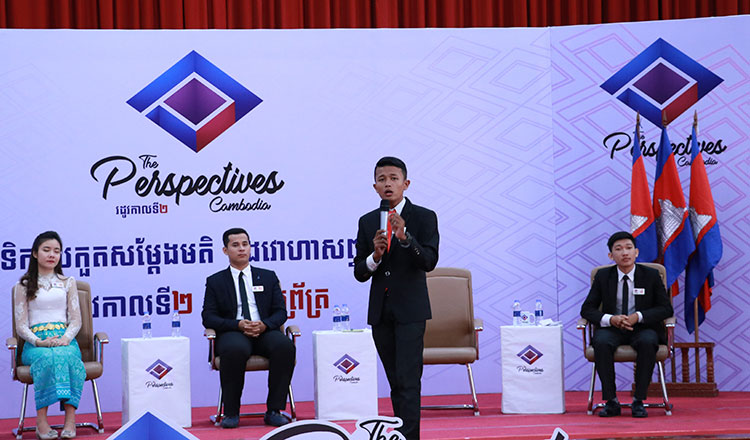 Suy Linpao, who also served as the leader of the Chak-khok-nhean-wat, was recognised as the best speaker and was given an additional USD 250 and another gold medal.

Nith Kimquech, the coach of the winning team, was a former silver medal winner of The Perspectives Cambodia Season 1. Now that she’s coaching, she said she shared her knowledge and debate strategies to her team.

“During the contest proper, I encouraged the team to meditate so they can gain confidence. And after the event, I asked them do personal reflections – what they did right and what they did wrong during the debate,” added Ms Kimquech, who also received golden medal for being the best debate coach in this season’s The Perspectives Cambodia.