Tennis players from Southeast Asian nations converged in the Cambodian capital for the International Tennis Federation’s Asian 12 & Under Team Championships 2018. Players from Malaysia, Indonesia, Philippines, Thailand and Cambodia arrived in Phnom Penh last week and played vigorously for the tournament that lasted from June 25 to June 29.

Mam Phalkun, head of Junior Development of Tennis Cambodia, said the tournament was supposed to see ten countries vying for the trophies. But the other invited nations had schedule conflicts with their players and opted to not send representatives.

Five teams for both boy and girl categories competed, following a round-robin technique.

Mr Phalkun said that the ITF was a great avenue for young Cambodians to show off their skills in the sport and to be open to learning more tennis techniques and strategies from fellow players.

“This is the first time for Cambodian players to share and learn from players of other countries. It’s a way of making friends, too. I hope that through this hosting of the ITF, Cambodia will become more experts in this field. Also, we hope that we will find more tennis players,” Mr Phalkun said.

He emphasised that the objective of the tournament is to introduce young kids to friendly sports, and let them learn skills and gain experiences from playing with the neighbouring countries. 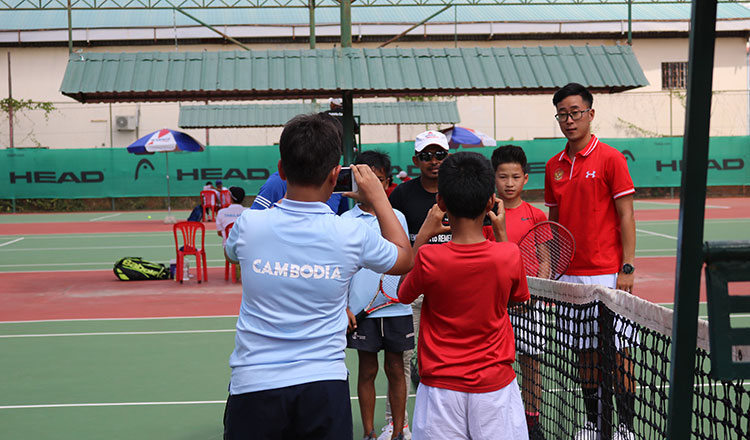 For the Cambodian team, five players, all under 12-years-old, represented the country in the games.

Mr Phalkun said that there are currently 20 to 25 schools offering tennis programmes across Phnom Penh, Kandal, Battambang and Siem Reap.

A coach from Battambang province said that before the day of the tournament, the players trained hard. 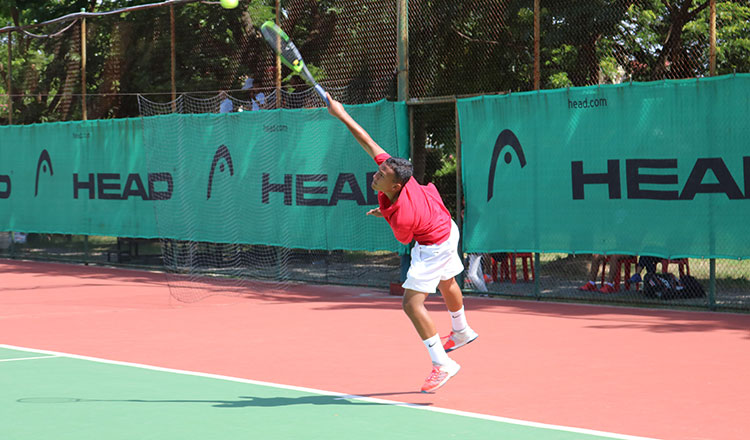 “Before we just play like normal players, not focusing too much. But after the club gave us a chance to play for this tournament, we started play much and give more attention to how we perform. Even if the results were not so good, we are happy to be here and we hope to continue being part of the competition. We also liked the fact that we will be playing with all the other countries that participated,” the coach said.

Rouert Sampin, one of the Cambodian players from Battambang province, said he was happy to be part of the ITF Asian 12 & Under Team Championships 2018.

On the first day of the competition, Cambodia lost against Indonesia. But the rough start didn’t dampen Sampin’s heart. 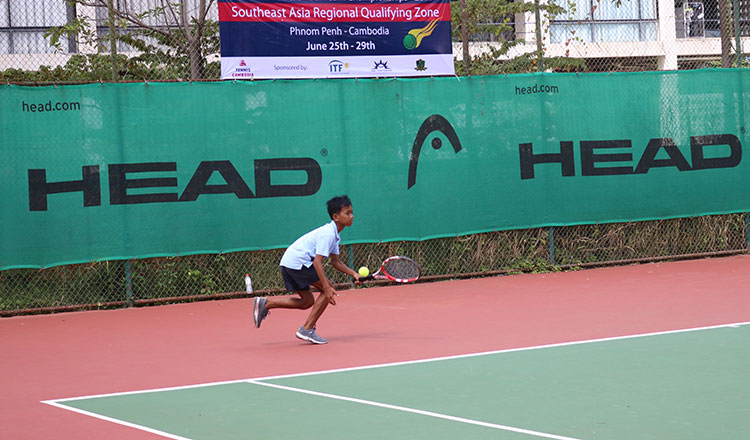 “This is first time for me to join this competition, and I had been trained for more than a year. However, we only played during the weekends, maybe for four hours. I am not sad that it started a little badly. I am more thankful and happy that I am able to experience this. I will try my very best in the other competitions,” 12-year-old, Sampin said.

The top two finishers will move on to play at the ITF Asian 12 & Under Final Team Championships 2018 set for a later date this year.

The newly inducted ITF Development Officer of Asia, Jonathan Stubbs, was present during the week-long tournament.

The Perspectives Cambodia: Speaking their minds

The importance of not giving up