Many reasons that will make you want to travel to Nepal

Great trekking routes, spectacular natural landscape, and great food are only some of the reasons that will make you want to travel to Nepal.

Nepal, surrounded by giant countries like India and China, is located right in the heart of the great Himalayas and is the perfect destination for hikers and adventure lovers. However, that’s not all. Nepal offers a wide variety of architectural styles, landscapes, cultures, tribes, and religions. It’s one of the most intriguing countries you can visit in the world!

Nepal is a dream destination for those who want to take the privilege to be proud about being on top of the world. Who doesn’t want to acclaim their pride for travelling to a country where Buddha was born?

It is definitely worth going to Nepal for countless reasons. Usually globe trotters come to this beautiful nation to pursue trekking owing to its massive mountain peaks, but there are other places that should certainly not be overlooked. Nepal is a country which holds countless tourist attractions and unique travel experiences waiting to welcome tourists from around the globe. Travellers whose interests lie in other activities apart from walking and trekking, will surely enjoy their sojourn in this Himalayan country with abundant memories to take back home.

Here are many reasons to visit Nepal.

Trek to Everest Base Camp

People flock from all over the world to attempt the arduous hike to Everest Base Camp (the South side, as the North Base Camp is in Tibet). At an altitude of 5,364 metres (nearly 18,000 feet) and some of the best mountain views in the world, the multiple-day trek is well worth the effort. Of course you’ll want to remember to take it slow and steady, with lots of training completed beforehand so that there are no surprises while you’re completing the 5 to 6 day hike to camp.

Learn the culture of Kathmandu

The capital of Nepal, Kathmandu is a cultural hub and a must visit destination to get the most out of the country. It’s a chaos of sounds, smells and action and will introduce you to a unique side of Nepal. Visit Durbar Square, dating back to the third century, where the city’s kings were crowned and legitimised, surrounded by courtyards and temples. In 2015, a devastating earthquake hugely affected Kathmandu, but the spirit of the city lives on and tourism is vital to its survival.

The largest stupa (a Buddhist shrine shaped as a dome) in Nepal and the holiest Tibetan Buddhist temple outside Tibet, the Boudhanath Stupa in Kathmandu is a sacred place. Each part of the building represents stages to the path of enlightenment, with the eyes painted on each side of the gilded tower showing the all-knowing nature of Buddha as well as the elements of earth, water, fire, air and ether (the fifth represented by another Buddha enshrined in the centre).

Not many people think of Nepal as a place abundant with wildlife. Nepal has a large, diverse population of bird species, and if that’s not hardcore enough, head to Chitwan or Bardia National Park for a safari, tracking down crocodiles, rhinos, deers and the elusive Bengal Tiger. It’s also one of the few countries which is the habitat of the clouded leopards which lives high in the mountains and until recently, thought to be extinct in Nepal.

The number of World Heritage Sites

You’d be hard pressed to find a place with quite as many UNESCO World Heritage Sites as Nepal – in Kathmandu Valley alone, there are seven sites with additional ones in Chitwan National Park and Lumbini. 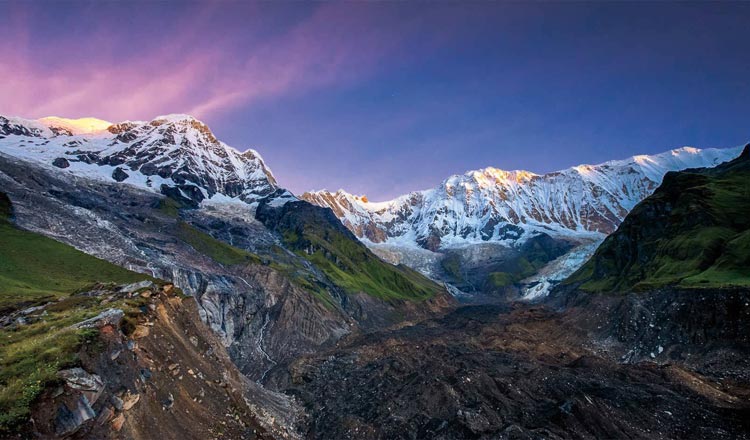 With hotel rooms for less than $20 (and guesthouses sometimes as little as $5), food for a day at $10 and budget experiences and activities, Nepal is a surprisingly affordable destination for travellers.

The diversity and acceptance of religion

Most of Nepal’s population practice Hinduism, but as already mentioned with the many stupas around, there is a heavy Buddhist influence, and also some Kiratism, Islam and Christianity, although in smaller numbers. Because of this diversity of religion and multiculturalism, travelling around different parts of Nepal and learning about each region’s customs is an enlightening experience and shows what a unique place it is to visit.

There are over 200 lakes in Nepal with a glacier origin – blame those high-altitude mountains we keep on going on about – which often gives them a stunning, vividly blue colour.

This is where to go if you want to get away from it all: it’s spiritual and perfectly allows for some quiet contemplation whether you’re trekking, temple-hopping or gazing over a still, glass-like lake.

If controlling the demands of children and keeping them busy so they’re exhausted by the end of the day is your priority, then you and Nepal are going to get on swimmingly. With an eclectic array of activities, like trekking, wildlife watching, biking and more, Nepal offers excitement to its peak.

Get to know Buddha’s birthplace

Around 563 BC, Buddha – also known as Siddhartha Gautama – was born in the UNESCO World Heritage Site, Lumbini. This area is understandably a huge Buddhist pilgrimage site, particularly to Maya Devi Temple, the spot where Queen Maya Devi gave birth.

Nepal means festivity to you

Nepal holds more than 35 different ethnic groups and has in fact distinct culture and tradition to show off. Exploring around places with unique culture and way of life actually is a kind of heavenly bliss. 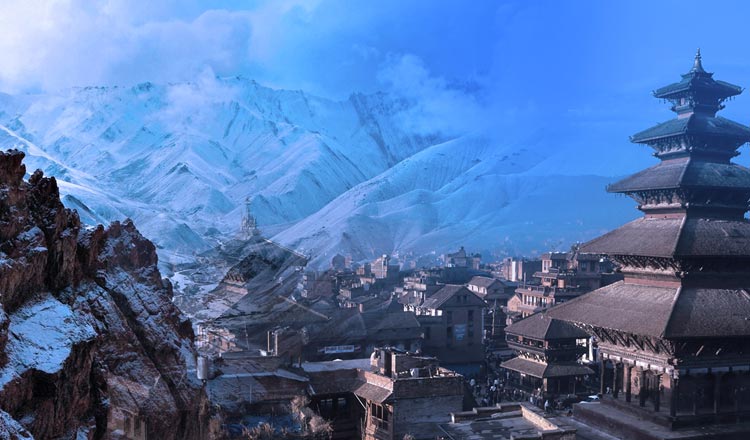 Crime isn’t a major risk for travellers, and it is politically stable, so while there are the classic things like not drinking tap water and being as aware as you would under normal circumstances elsewhere, Nepal is a safe place to travel.

Nepal is a country of contrasts. Spectacular natural riches combine with a vibrant culture and sense of history. Home to ten of the world’s 14 highest mountains, the country offers a magnificent setting for hiking and mountaineering, as well as some of the world’s best white water rafting.

With its vast range of altitudes, Nepal is also home to an incredible variety of plant and animal species, including more than 300 species of orchid. With over 800 bird varieties, it accounts for almost 10% of the world’s avian species.

The diverse national parks of Chitwan and Bardia encompass lowland tropical jungles and grasslands and Nepal shelters a rich variety of wildlife. The Bengal tiger, rare snow leopard, one-horned rhino and the Himalayan black bear can be seen in the remote national parks.

The ancient culture and traditional architecture of Kathmandu means that the city boasts no less than seven World Heritage Sites, while Nepal is famous for its scenic monasteries as well as being home to Lumbini, the birthplace of the Lord Buddha.

Caring For Your Cervix

The all new Tiguan Allspace