When a CEO of a company is trying to reduce the electricity used by his or her business, it is efficiency. Yet, when he or she is able to inspire their staff to save energy on their own, while trying to convince other companies to do the same, he or she is not only saving the budget on utility bill, but also “the environment”, says an executive of a top player in the Kingdom’s energy sector.

Last year, ATS, a specialist of energy, electrical distribution and automation systems, started promoting energy efficiency among Cambodians as the core of their CSR programme.

“And for companies like us, it is important because we are in the electrical distribution market, and our business activities have many impacts on the environment,” says Frantz Vaganay, the director of ATS. “It is our responsibility to mitigate these impacts.”

Educating the market about “how to make the best use” of their electrical products, according to Vaganay, is a crucial step in the cause. However, he also believes that he has to start with his own company first. 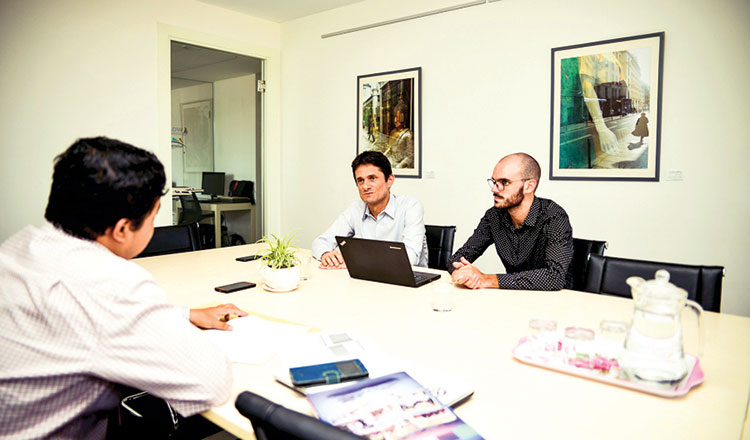 “When we first started the initiatives, I realised that before we can educate the market about energy efficiency, we have to educate our staff first,” Vaganay says. “CSR is not something that comes from the boss, but all employees.”

“That is why we introduced the Green Energy Contest to all our departments,” he says.

Quentin Bodiguel, ATS’s CSR officer, explains that Green Energy Contest, despite its competitive nature, is an “education system” for a company’s employees, which ATS has to test before replicating the sample for their customers. It motivates the employee in a department to compete against other departments in terms of energy saving. At the end, the department that uses the least energy will be rewarded.

“We monitor the energy consumption of each department,” Quentin says. “One month ago, the rewards were books from an NGO working on environment in Cambodia, and the month before, it was some plants.”

The initiative showed satisfying result, in the first three months, as the monthly energy consumption went down by 3%, 7% and 22%, respectively. 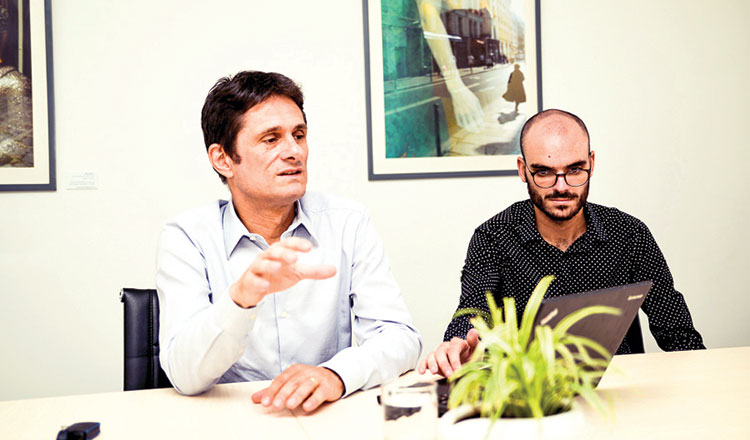 “It is like a game; I feel the employee are quite keen on seeing who’s going to get the award at the end of the month,” Vaganay, the director, says. “But in fact, it is about energy efficiency behaviours. Why turn on the light while we have enough sunlight? And why keep the ACs at 18 °C while you do not feel the difference at 25°C?”

Vaganay says ATS will soon use this success story to convince its clients and the public through means, including media and public forums, to spread energy-saving behaviours. He adds that he also want to see similar competitions between branches or buildings.

“Thanks to this initiative, I can save money and I can spend it on something else, such as paying my employees more or contribute to support other sustainable development initiatives” Vaganay adds. “But, it is also about our company’s brand recognition and saving our environment.”

Reviving the Kingdom’s arts and crafts