The Royal University of Phnom Penh (RUPP) warmly welcome Dr Chen Xu, the Chairperson of University Council at Tsinghua University, upon his visit in the university last week – solidifying cooperation between the two universities.

Tsinghua University is located in the northwestern suburbs of Beijing. It was established in 1911 at the site of “Qing Hua Yuan” (Tsinghua Garden), a former royal garden of the Qing Dynstay. Mr Chet Chealy, rector of RUPP, said that the meeting with Ms Xu was foreseen to create a stronger and direct cooperation between Tsinghua and RUPP. He continued that although the two universities were already communicating before, last week’s meeting saw the proposal of giving out scholarship grants to the teachers of RUPP.

“I mentioned and proposed three things that Tsinghua University can help RUPP with. We discussed about engineering and technology, helping lecturers and staff to get doctorate degree and assisting on scholarship applications for Public Administration. Soon, we will have class of Master of Public Administration,” Mr Chealy said. 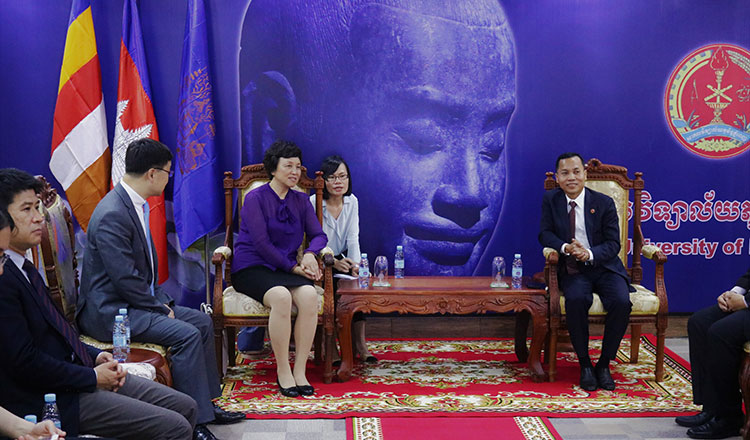 “It really helped us because this university is famous and takes the lead not only in China but all around the world. In China, both Tsinghua and Peking universities are ranked number one in the education sector.” 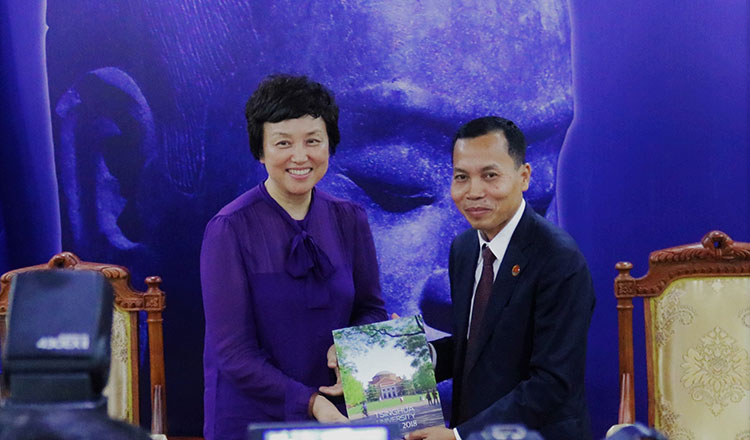 “Over the past 100 years since the university was founded, it has grown and come far – from being a school to being recognised as a university. So, this university has lots of experiences in terms of providing quality education to its people, some of them have become prime ministers and senior officers in China. President Xi Jinping, China’s current leader, graduated from this university,” shared Mr Chealy.

The RUPP rector added that the exchange between Chinese and Cambodian students will help foster camaraderie among the youth of the two nations, and will help create deeper and wider understanding in cultural, traditional, language and lifestyle differences.

The Royal University of Phnom Penh first opened its doors as the Royal Khmer University in 1960, with sub-institutions National Institute of Judicial and Economic Studies, Royal School of Medicine, National School of Commerce, National Pedagogical Institute, Faculty of Letters and Human Sciences and Faculty of Science and Technology spread throughout the capital to cater students’ choice of specialisations. It became the Phnom Penh University during the establishment of the Khmer Republic.

It was in 1996 when the university took its final change of name, becoming Royal University of Phnom Penh.

Yoga Sparks: 108 Easy Practices for Stress Relief in a Minute or Less

Let EXNET Taxi take you around