Home - Disability does not equal inability

Disability does not equal inability

Disability is only a small adversity in the journey of achieving one’s life goals. It should not hinder you from landing your dream job.

As you step into the Socials Coffee shop in PPCBank in Orussey, you will be greeted by 26-year-old Vanthoeun Ratanak who mans the counter there. In a glance, it is the standard ‘welcoming’ gestures, with his palms pressed together and the warmest smile he could offer. 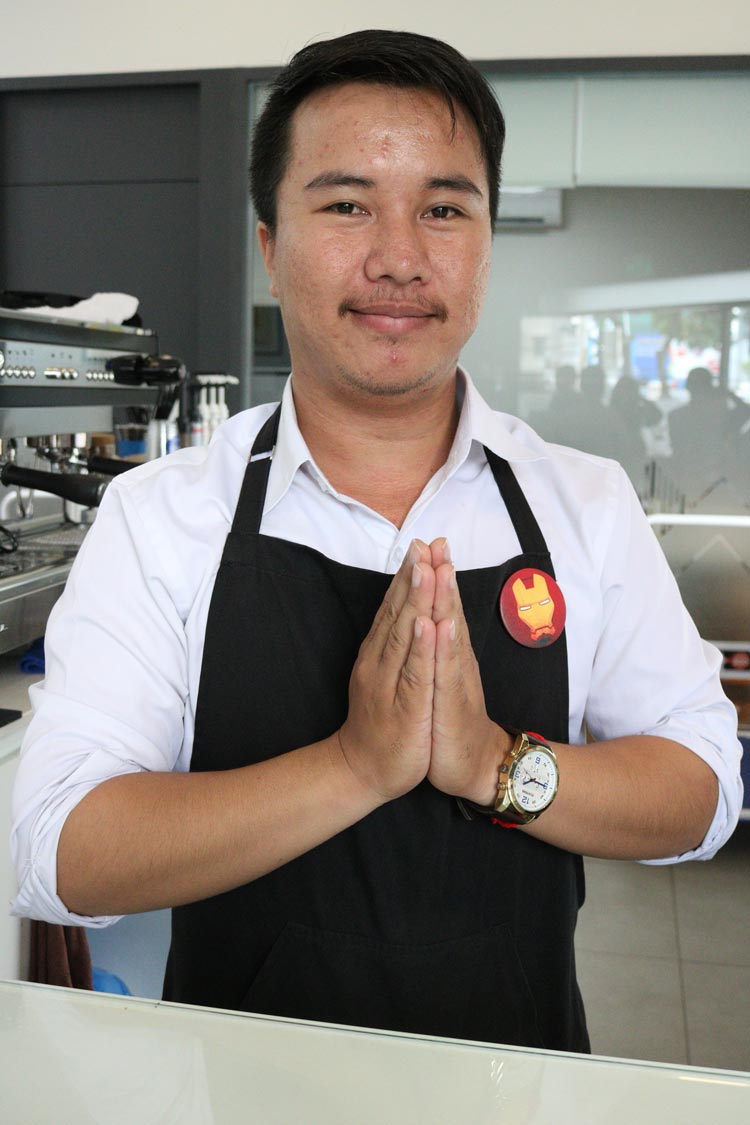 However, Ratanak is not like any of his other peers. While he may appear physically normal as you and me, his hearing is impaired which also affects his speaking ability. So, instead of opening his mouth to ask for your order, he would communicate in sign language.

Despite his inability to hear and speak, he can still comprehend orders when customers point them straight off the menu. He has also trained himself to understand lip-reading.

Raised in Phnom Penh, Ratanak was born with perfect hearing. He was able to speak until he caught a high fever at the age of two. That was when his hearing slowly began to deteriorate until he completely lost it at the age of seven. Up to this day, he is only able to vaguely utter short syllables, for instance when he wants to call out for his parents. 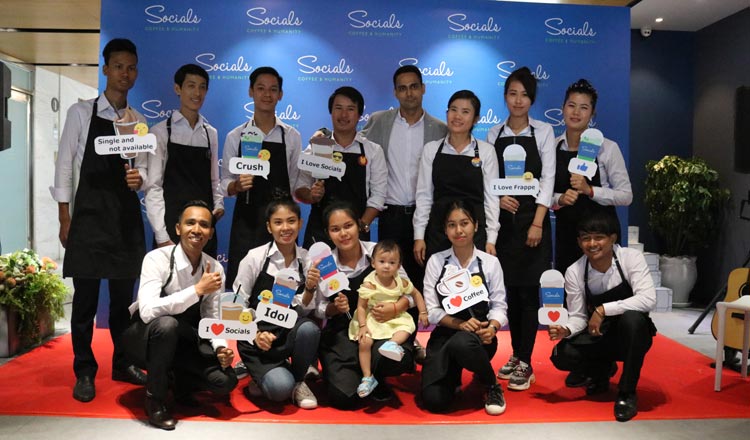 Demonstrating his sign language with a bright smile, Ratanak told Youth Today that his disability does not upset him anymore as he can still work and earn just like any other youths his age.

“I have been working at Socials Coffee for about eight months now. I’m happy to serve customers by signing, gesturing and reading lips. This is how I am able to communicate well with my colleagues too,” he said. 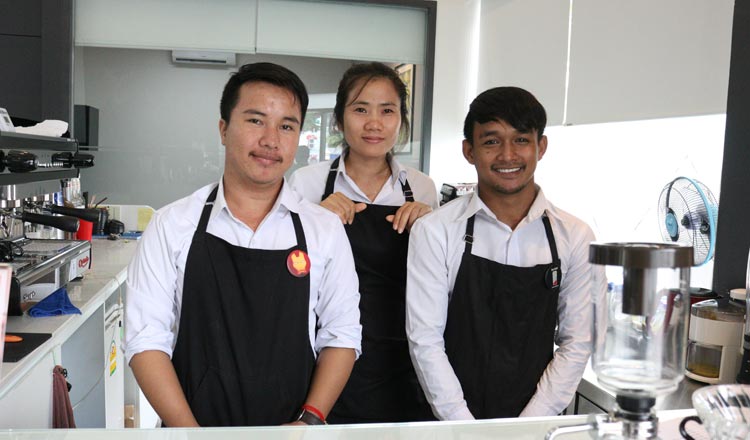 Ratanak is good at making coffee and managing the store. He is brave and confident enough to offer his services to customers. Because of his mature mindset and how good he is at making coffee, he has been promoted as a branch leader recently.

“I feel extremely happy when I got promoted. My experience can prove to other disabled people and everyone else that disability does not mean inability,” said Ratanak. 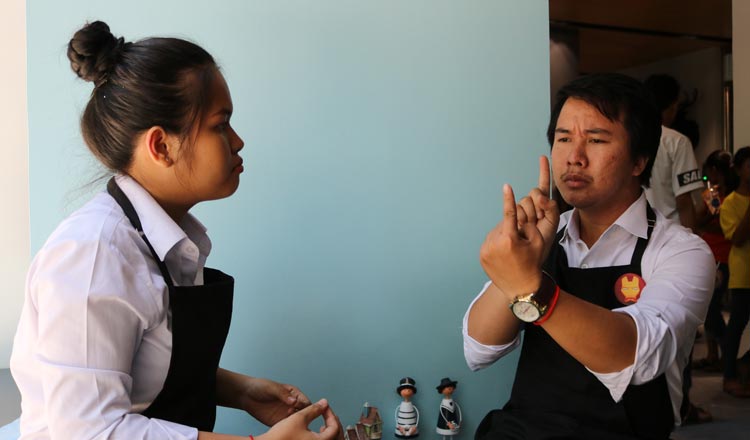 However, as humans, we inevitably have to deal with the ups and downs in life. Ratanak said his hearing impairment used to make him feel lost and disappointed, especially when working.

Unfortunately, discriminations against disabled people is still prevalent in the society, due to many reasons. In fact, there are hardly any job openings available for those who are deaf and mute. Despite possessing other qualifications and the merits to succeed professionally, the barrier in communication still exists. 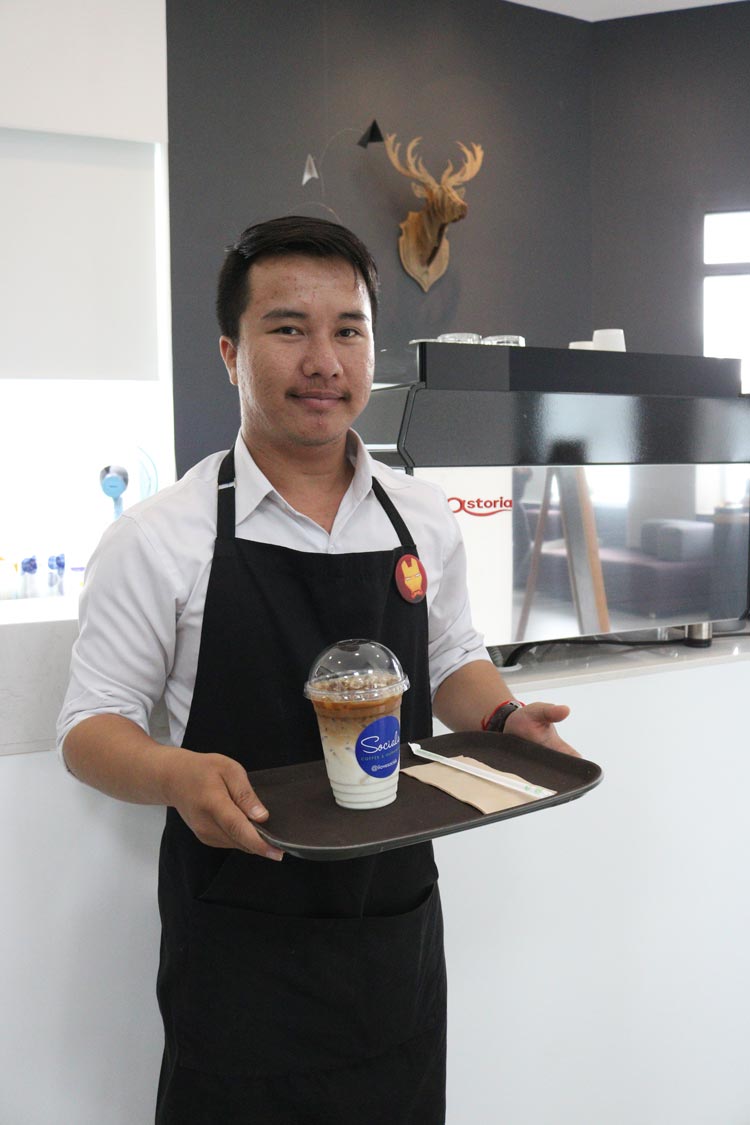 Some of Ratanak’s previous colleagues from his former employer could not communicate with him and decided to give up on him when they could not comprehend sign language. He said the discrimination used to make him feel exhausted to keep on fighting for the job. Regardless, through his perseverance, he bounced back from a low point of his life to becoming who he is today. Not only is he earning enough money to support his daily expenses but he can also provide financial support to his family.

Ratanak said he could not have done without proper education. Thanks to Krousar Thmey, where he was enrolled by his parents, when he completely lost his hearing ability. He recently graduated with a bachelor’s degree in computer science. Ratanak can also read and write in both Khmer and English. So yes, if you ever drop by Socials Coffee, you can also pass him a note as he can communicate by writing. 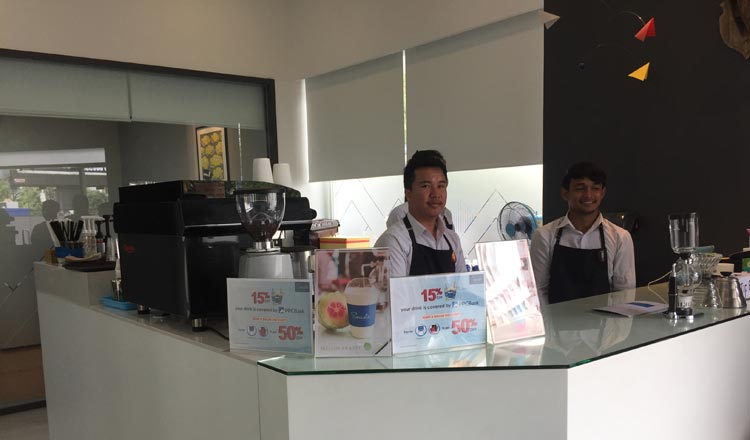 Dry run for students to indulge in diplomacy