Home - The Unexpected Everything 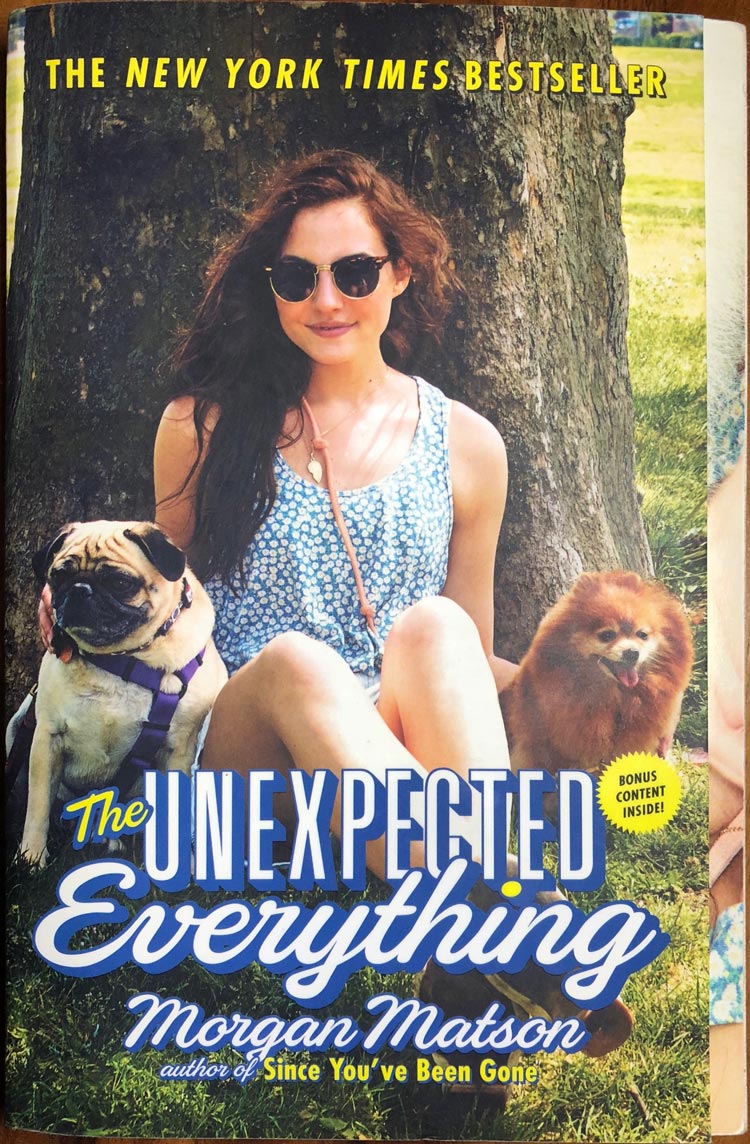 Andie, the daughter of Alexander Walker, always has things planned out in her life. She is always cautious of what she does to be aware that she won’t get into trouble as her father is a member of the Congress. However, when things do not go the way she planned on spending her summer, everything unexpectedly went in the opposite direction.

Andie was planning to go to a summer program but then her dad’s political scandal happened. At first she did not care about it so much, until just two days before the program is to start, they called Andie and told her that she was omitted.

Andie was worried that she wouldn’t have anything to do and also has to deal with her awkward relationship with her father. So things go unexpected, she saw a help wanted notice for walking dogs so she decided to apply for the job because she did not have anything do in the summer anyway.

Her first job started immediately and that was when she met Clark. Andie and Clark were interested in each other and so they planned on having their first date. As a reminder, Andie dids not have relationship with girls for a period of time.

However, everything just happened, after a few months of dating each other; Andie was actually in love with Clark. But things were kind of messed up because of all the things that went wrong especially with her friendship with Palmer, Toby and Bri.

Morgan Matson’s story is a bit predictable because it is expected that the characters were supposed to meet again according to the story line and there were also clues that were hidden in there and could be foreseen.

Furthermore, it was a bit hard to keep on reading at first because it does not get to the point quickly. Despite those facts, the story line gets really addictive when it gets to the main plot.

The bond of friendship in the story is very strong and the friends are really supportive towards the main character which also includes family members’ loss, career and lots of humor. Not to mention, it also comes with a very sweet romance which the main character finds in her first true love and decided to let down her guard to risk it and follow her heart. Moreover, the message of the story is learning to live the moments and not having plans is not so bad after all; the main character gets to experience lots of new things that her heart had never felt like before.

Overall, the story is very enjoyable for romance fans and is highly recommended to teenagers. Matson’s book is a great piece of novel to read on a cozy day and sense the emotions throughout the story. Plus, there is also an expected bonus content for readers.