Death toll in the collapse of the seven-story building in Preah Sihanouk province has risen to 18 as of today while rescuers are scouring for more victims.

Related News: Four arrested in connection with collapse of 7 story building at Sihanoukville

“Our forces found [18] bodies and rescued 24 victims, all of whom have some form of injuries,” Mr Min said.

“Our forces are continuing to search for  victims who mat be still trapped  in the collapsed building,” Mr Min said.

“Our forces are working hard to find the victims throughout the  day and night.” 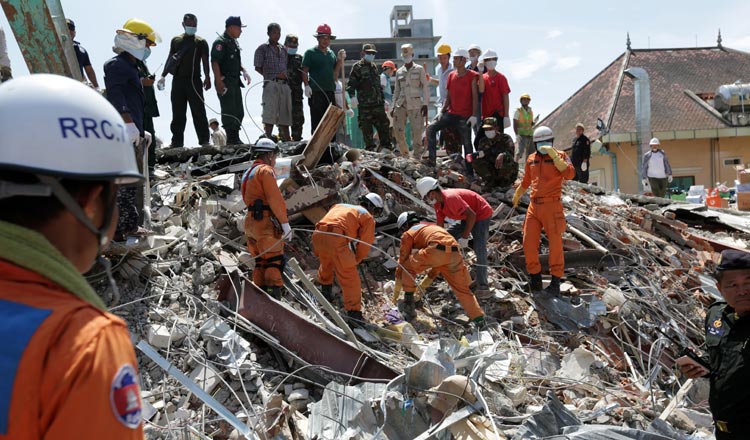 The building under construction was located in Bei village,  Buon commune and is owned by a Chinese businessman who has been arrested, along with three others. The building was reportedly being built as a hotel and measured 15 meters in width and 30 meter in length and was said to be almost 80 percent completed.

A resident who lives next to the building alleged that provincial land management authorities had tried to ban the construction twice, but the owner of the building colluded with local authority to continue building it.

More than a hundred cyclo riders square off in race