Phnom Penh Municipal police officials  lead by municipal police chief Lieutenant General Sar Thet, launched a crackdown on a Luxurious club at about 2 am on Saturday in Daun Penh district and arrested more than 400 people.

According to the Facebook live footage of  the crackdown in front of  the Luxurious club, hundreds of people were arrested and transported  by buses to police station. The people who were arrested comprised  not only of Cambodian young people, but also Vietnamese and Chinese.

After checking  the club, the 417 people were arrested, of whom 181 were women. They were sent to the municipal police station for questioning pending legal action. The club was also temporarily closed down.

Lt Gen Thet could not be reached for comment. 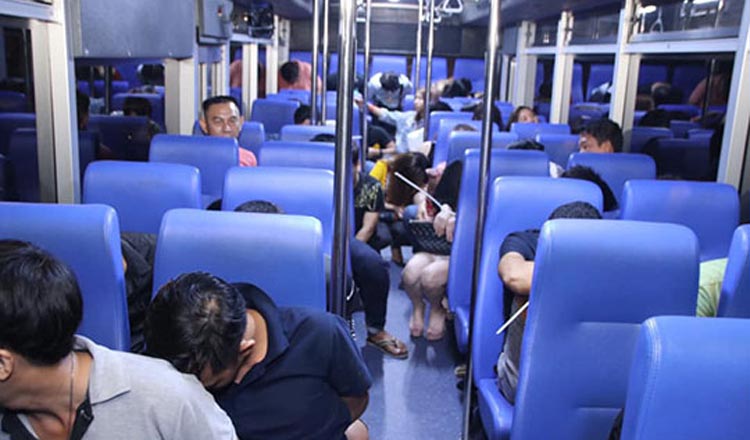 The crackdown on this entertainment club came after a case of an accused Vin Sokphanha, a 27 year-old soldier who shot his ex-girlfriend in a fit jealous rage last month, wounding the victim.

On Friday in the cabinet meeting, Minister of Information Khieu Kanharith quoted the Prime Minister Hun Sen of stating that the government would not hesitate to punish and dismiss  armed officials who illegally and anarchically opened fire in publish.

Mr.  Hun Sen said: “Those who are good at shooting, send them all to prison.” Mr Kanharith  quoted the Premier in his  Facebook post

Cambodian and Singaporean counterpart have telecon to end spat