Minister of Land Management, Urban Planning and Construction Chea Sophara yesterday requested a visiting EU delegation to value and support the progress that the government has made to retain the EBA trade status.

A fact-finding team sent by the EU to analyse whether Cambodia should lose its EBA trade status arrived in the Kingdom on Monday. 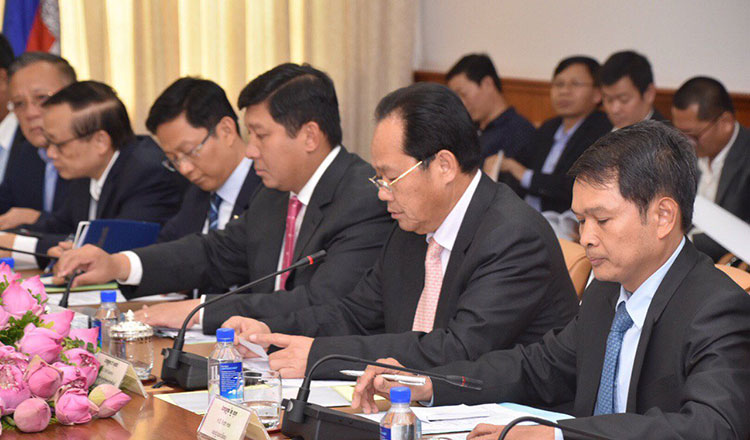 A press release dated June 6 said Mr Sophara asked the fact-finding team of the European Commission to evaluate thoroughly and to support the country to continue  access to the Everything But Arms trade status.

He said EU officials should also report on the effort and progress that the Cambodian government has made in decades, noting that the government is dedicated to safeguarding the country’s democracy and human rights protection.

Both ministers explained that resolutions have been implemented by providing land and money to villagers who were displaced.