Home - Protecting the children of Cambodia

Protecting the children of Cambodia The Kingdom has greatly improved in several aspects over the years, but child rights protections seems to have remained a main concern. The government is exerting noticeable efforts, of course, as well as NGOs and private organisations to fully eradicate violence against children. But it is also a palpable fact that many of our children still don’t have easy access to education, healthcare, protection from abuse, and other basic rights.

At the “Child and Youth Conference on the Prevention and Response to Violence Against Children” event in Himawari Hotel on May 27, these worrying issues were tackled and taken action on.

Organised by several organisations such as Child Rights Coalition Cambodia, World Vision Cambodia and the United Nations, the conference brought together government officials, veterans, youth representatives and students to bravely and openly discuss concerns and issues revolving around violence directed to children at home and at school. The event involved panel discussions, question and answer with authorities and stakeholders, as well as art workshops to fully extract the causes and effects of violence against minors. 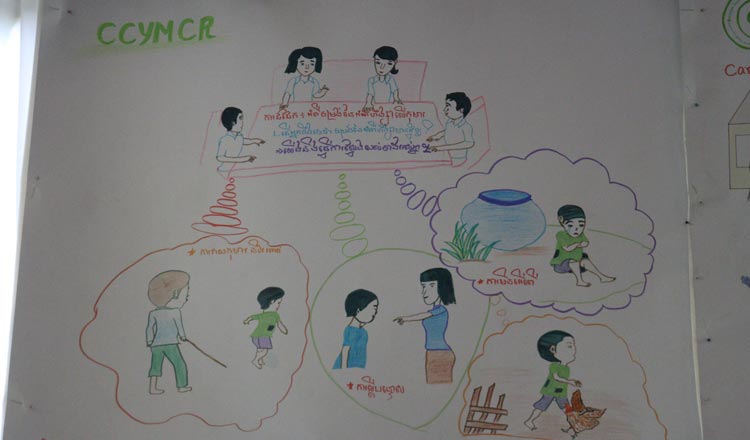 Un Piseth, a 15-year-old student from Kampong Chhnang, shared that he was interested to join the conference because he personally wants to be a medium for change in his own school and community by raising relevant and disregarded issues.

“Students in my community, including myself, have faced domestic violence and pressure at school. One problem in school is the fact that we are required to study part-time. It’s also a problem that even if students try real hard to do good in their studies, they will still get low grades, which I think is not fair. But with this conference, I was able to propose to the relevant ministries and organisations to check on academic policies to ensure that professionalism and ethics are being implemented in schools,” shared Piseth.

“For domestic violence, many children experience physical violence from their own parents. It is a common fact that abuses have negative effects to students’ mental health. There were cases when students were scared to fail in their exams because their parents pressure them too much. This is probably the reason some students bribe their teachers so they can get good grades and make their parents happy. But, does this guarantee a good future for them? It doesn’t.”

Through the conference, Piseth has now committed himself to fight for his advocacies and share his knowledge in non-violent ways. He added that he will also push his friends and the people in his community to do the same. 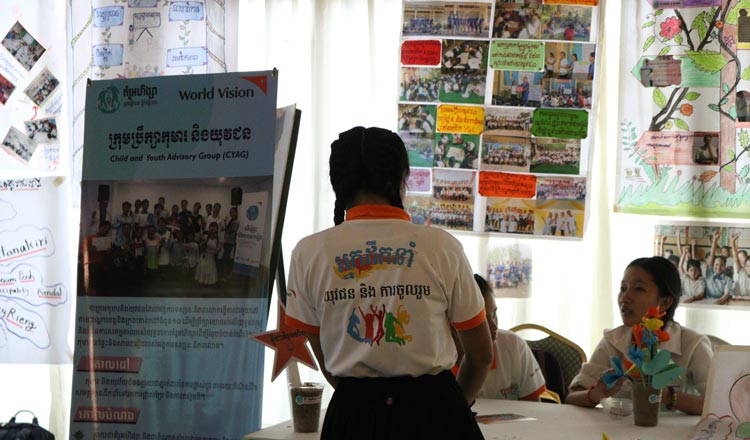 Senior campaign manager for Kurou Ahoengsa for World Vision, Chea Lyda, highlighted that the whole-day conference aimed to enable children and students from different provinces across Cambodia to express their concerns and share their personal experiences about violence, leading the government and civil society to truly know current issues and eventually find feasible and effective solutions.

“Based on our discussions today, we noticed that people who have experienced internal and external abuses have kept the trauma inside them, which means that even when they’re already grown-ups, the trauma is still with them. What we are working on is to let these victims feel that they are not really victims, they are part of the solution of this prevalent social problem,” noted Lyda.

Further, youths can play vital roles in raising and spreading awareness on non-violent ways to eradicate child abuse across the country and the region.

“We all do not want the kids of the next generation to repeat what has happened in the past. So as people of today, we should start raising awareness and make sure that our future children grow in a happy and positive environment. Aside from this, youths can also join different campaigns and let their voices be heard. They can help amend defective laws to further protect children and people in general.” 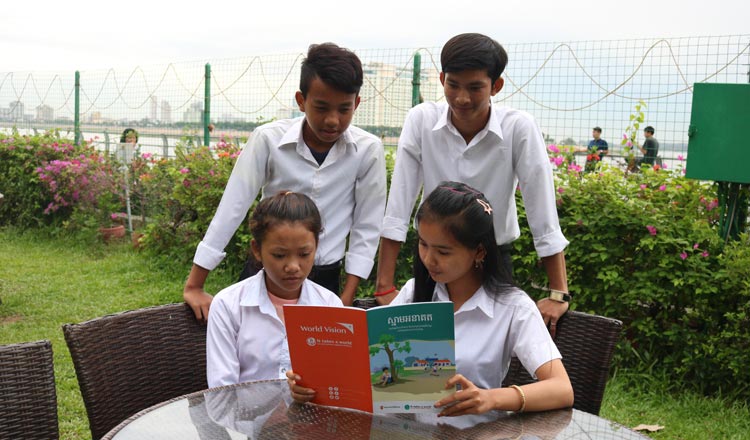 Forming an active and well-informed public, Lyda says, is the best solution to child abuse and all other problems in the community.

“When we are informed, we become better decision-makers. It’s easier for us to find solutions and lessen the problem.”

After the conference, the involved organisations and ministries agreed on the improved implementation of the 2017-2021 action plan on protecting and responding to violence against the children of Cambodia.