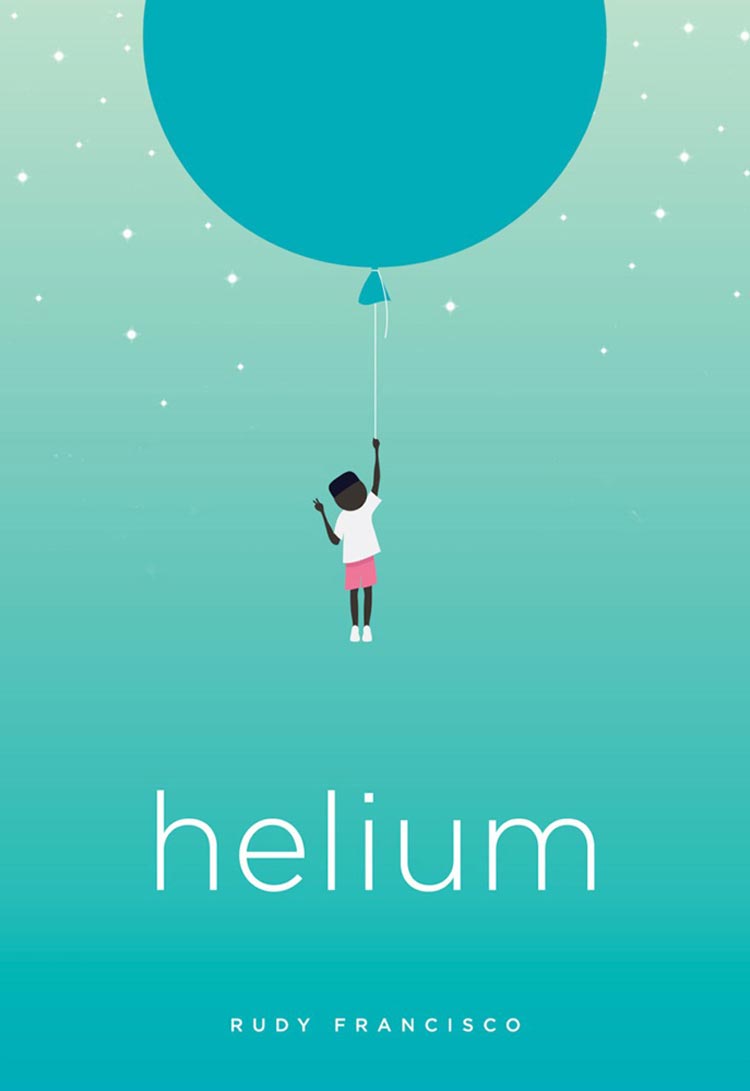 It is colourless; it is lighter than air and will not burn. It will make you float and fly and feel free. And like the real helium, Rudy Francisco’s poetry collection entitled ‘Helium’ can be described as such.

His poetry is so light, it makes you feel like you’re being brought into another world – a world where everything is neither black nor white, neither fragrant nor foul, neither better nor worse. It makes you feel that there’s only you and the thin air, and the peace it brings to your soul.

Rudy Francisco, a 36-year-old American spoken poet, is one of the most notable names in the poetry scene. Francisco has been using his poetry to trigger social changes and to touch people worldwide.

And Helium’s beauty is rooted in Francisco’s power to play with words and stanzas. The poetry collection is divided into four sections. The first and second sections explore various aspects about life – the ideas of love, imperfection, mental health, acceptance, rejections and reflections. The third section will bring awareness on the concepts of race, gender and social classes. The fourth section, meanwhile, is filled with hopes and survival.

With 58 beautiful poems inside, Helium is so impactful with its metaphors, comparisons, strong imagery, well-chosen words. Francisco sure is a genius in his craft. He perfectly stitched seemingly meaningless words into inspiring and wonderful meanings, bringing hidden and suppressed emotions out in the open – or at least to oneself.

Francisco includes a poem he wrote about himself and his self-reflection. In ‘My Honest Poem’, he tells the story of his past and his daily routine at present – depicting his personality and his mental health. He’s an introvert, as his poem claims, and Francisco believes there’s definitely nothing wrong about it.

His ‘Skin II’ poem, meanwhile, is one of the most powerful entry in the book, as it addresses the burden of being the different one, of not belonging to a certain group. The imagery and word usage depict pain and hope. Francisco takes the readers to the situation, giving them a clear picture of what it is like to be a black man living in America and how black men have always been regarded low.

Each page of Helium gives readers a range of emotions. But more than anything, Francisco’s poetic knack brings comfort to the troubled, as if his poetry is the kind of peace we’ve all been looking for our whole lives.