For many years, the Bella Voce choir delighted Phnom Penh audiences with their two annual charity concerts. Under the baton of Mari Jinna, both the summer and Christmas concerts were major events on the city’s cultural calendar. However, the choir dissolved on Mari’s return to Japan.

In 2016, as Bella Voce was coming to an end, Miwako Fujiwara, who had been acting as the piano accompanist for the choir, set up Musica Felice as an alternative venture, taking a more classical approach. “I didn’t want to compete,” Miwako says, “because I loved both. But we knew Bella Voce was going to stop.”

It was the first time she had taken on the running of a choir. “I learnt already from my involvement with Bella Voce,” she says. “And it was the sort of thing that I had to do when I studied in the conservatorium, we had to know these kinds of things. So I knew I could do it, and because I had done it already a little bit for Bella Voce, I had the confidence.”

Indeed, her musical background and experience are extensive. “I studied for four years at a music university in Osaka, Japan, majoring in harpsichord. My Japanese teacher had studied under the famous Sir Tom Koppman at Royal Conservatorium in The Hague, and I followed in his footsteps. And I stayed in the Netherlands for 20 years.” After The Hague, already a long term expatriate, Miwako arrived in Cambodia in 2010, when her husband Hiroto came to work at the Khmer Rouge Tribunal.

Musica Felice has kept the same format of two charity concerts a year; for each event, the make-up of the choir varies, largely due to the transient expat population. “Last year there were nearly 40 singers, for Christmas there were a few less, and this year there are 25: we have three basses and four tenors, ten sopranos, eight altos. It is a mix – both trained and untrained.”

The repertoire for each concert is selected from Miwako’s collection, seeking to include familiar pieces alongside the work of more contemporary composers, like Karl Jenkins, and such figures as Mozart and Saint-Seans. 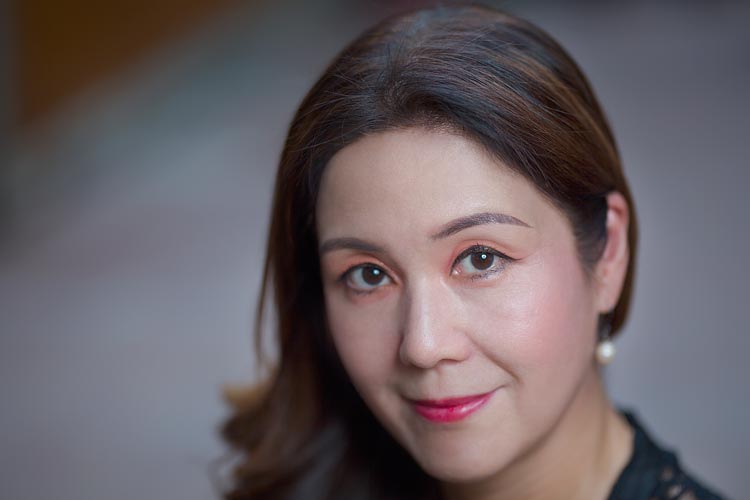 Another key influence on the choice of pieces is taking opportunities to collaborate with other artists, to fashion a piece around someone else’s creative skills. “Once I moved to Cambodia I immediately started studying traditional Khmer instruments. So I can play tro, khum, and many others. When I was looking for a tro teacher I found Tola Say, and when I saw him playing – incredible! And I thought some day I want to do something with him, I want to show him to the world. Also, I was inspired by Yoyo Ma’s Silk Road project, the mix of western and eastern instruments. So now, I mix classical with the traditional instruments – the first time was Johan Sebastian Bach’s Ave Maria. I knew it would fit.”

Miwako is strongly motivated by the power of music to do good, and to bring people together. “This year is 40 years after the fall of the Khmer Rouge. The new generation, they have a future, they have more opportunities, and I think the Khmer young people are happier, compared to Japan, Europe, where everybody says ‘oh, the economy is so bad, things are so bad’. So I am inspired by them and their future. First we need food, a house, clothing, education – art comes at the end. But now I feel like it is time. Humans cannot live without art.”

“I try to commit to the local community, to local people,” she says. “So I go to a local church, and their orphanage. I see what they need, what I can do. I can do only music, so I do what I can with the music. I think my work is about making ripples. Music makes a ripple, and our good actions make ripples, and they combine.”

This year’s summer concert will be held on Sunday, June 2 at Sofitel Phnom Penh Phokeethra, featuring choral works of Saint-Saëns, Karl Jenkins, Mozart, Bizet and others. Tickets ($10/$5) are available from Sofitel or from choir members.

Miwako can also be heard at the Sofitel playing piano with different duos for high tea on the first Saturday of each month, 3 pm – 5 pm, this weekend with flautist Jennifer Bird, and they will be appearing again at the Sofitel a special event on June 21 for Fete de la Musique.