It’s oddly quite normal in Phnom Penh expat circles to have many nationalities, languages and musical influences contained in one musical entity. But rarely does it occur in one single individual. Pavel Ramirez, one of the hardest working musicians in town, has one of the more strange journeys that brought him to this city in the present day.

“I was born in Moscow,” says Pavel. “My parents were from Chile, they were studying at university there. They were left wing youth, and in the Cold War, anybody who was inclined to the left could study there for free, and they go back to their own country. In 1973 came the Pinochet coup, my parents escaped and we ended up in Bulgaria. When I was 15, my parents said, ‘okay, we are going to Sweden, 1986’. So I speak four languages: Swedish, English, Spanish and Bulgarian.” 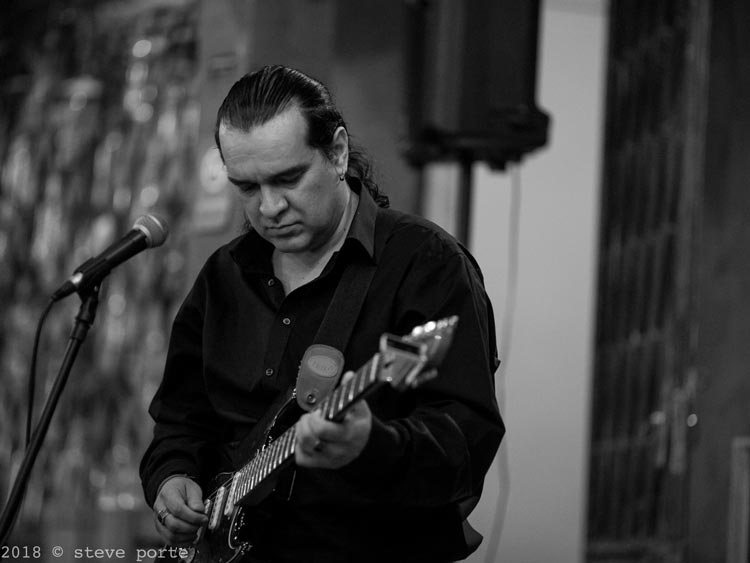 Growing up in Bulgaria, behind the iron curtain, and then coming to the west just as MTV and hair metal were taking off, led to a bit of culture shock. “In Bulgaria there are not so many foreigners, and most of the Bulgarians look like me, so they never knew I was from somewhere else,” he explains.

“But when we came to Sweden people could see that we are not from there because we are dark and everybody is blonde, with blue eyes.”

Guitar came into his life in his last year in Bulgaria. He was inspired to learn by the arrival of a new girl in his school class – when she played guitar, everyone gathered around. “I want that too,” he says. “I told my father, ‘hey, can you teach me how to play guitar?’ He said, ‘okay, I will teach you the major chords, and I give one week, and if you can play them, I will teach you the minor chords’. After a half year I was better than him.”

Around the same time, Pavel stumbled across a cassette tape in his parents’ collection that was to have a massive influence on him. 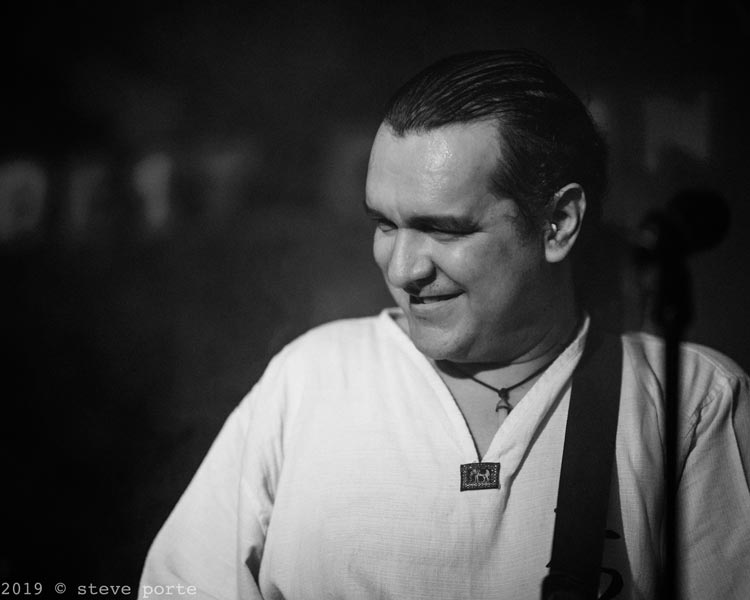 “Wow, it’s The Beatles. My mum was saying, ‘oh, it’s been a long time since I listened to The Beatles’. And after two or three days, she was saying ‘turn that off!’ because I listened to it all the time. I remember I was playing a nylon stringed guitar, trying to pick out the solo for Drive My Car.” It wasn’t for everyone though: “Some guys in my class, they were listening to disco, dance music. And I said listen to this, and played them Hey Jude. They didn’t like it.”

Once in Sweden, he was able to connect more with his South American roots, and make music connections. “There were communities of people that escaped from different countries. Mostly left wing people. So they had their meetings for their political parties, and all their children are around there… ‘hey, do you want to play in a band with me?’ So we were three or four teenagers that were trying to play some pop music.”

“When we played for the first time, I was so nervous, I couldn’t look up. And the time came to make the solo and there was a train passing by – I was, like, phew! Where I really learned music was when I went to a private school. I was in a music class, all instrumentalists. And the second year I was the only guitar player.” 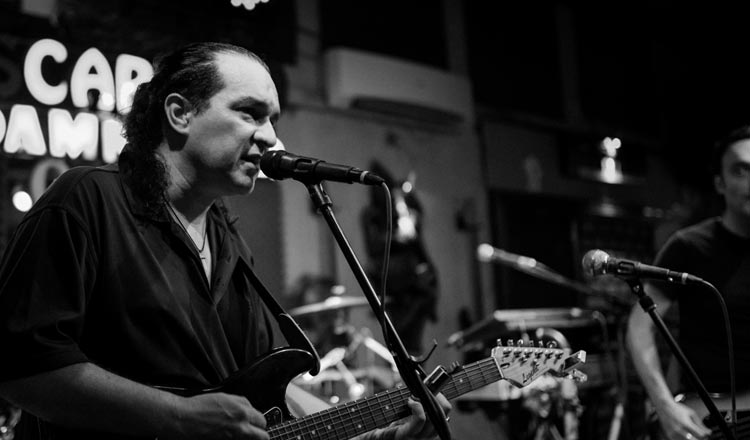 After school, music work was hard to find, and eventually he found himself doing a web programming course. At the end of the course, there was the chance for some students to go to teach programming in Chiang Mai, Thailand, and he leapt at it, thinking he could at last go to Japan, a place he had longed to visit. “I was thinking I’m going to Thailand, stay six months, I’m going to save my money and then go to Japan. But then I met a girl.”

For many years he bounced between Thailand and Sweden, gradually spending more and more time in Chiang Mai as a musician, until work permit restrictions forced him to leave, and he wound up in Phnom Penh in 2015.

“I didn’t want to come here, because they told me Cambodia is ten years behind Thailand.” On the suggestion of a French friend, he changed his habit of making visa runs to Laos and he wound up playing gypsy jazz gigs for a month at places like Sharky Bar and Paddy Rice, and slowly embedded himself in the musical landscape. Over time he has diversified somewhat both as a bandleader and guitar-slinger-for-hire: he’s played in such bands as The Ten Tipz, Bacano, Blues Routes, Moi Tiet, the Mekong Messengers, and the Fender Benders, as well as doing solo work and hosting open mics.

“My favourite is zargz band, when I played with Shuhei [Murakami, bass player, formerly of Sharky Bar and co-founder of Good Times Bar, now returned to Japan] and Kuzey [Ekren, drummer, now on Koh Rong], our Tuesday night residency at Oscar’s on the Corner. My perfect band is a three piece where everybody can sing, or at least do harmonies.”

Pavel can be heard this week performing his original work solo at Farm to Table on Friday from 6:30pm, with the Scoddy Acoustic Quartet on Saturday at Oscar’s on the Corner from 10pm, at Hops on Sunday from 7pm, and a jam at Bona’s Pub on Tuesday from 10pm.