One man died and two were seriously injured by lightning on Friday afternoon, May 10, as they phoned each other to find a shelter from the rain.

The National Police website reported that 19 year-old Meas Sarun and two unnamed fellow villagers were struck by lightning in the rice paddy they were harvesting in Kampong Chhnang province’s Boribo district. Meas Sarun died at the scene. The other two were only injured.

The report stated that as the downpour began they phoned each other to find shelter from the storm. But the lightning was faster.

In another incident the heavy rain and strong winds razed the zinc roof of a warehouse still under construction in Phnom Penh’s Dangkor district.  The falling roof hit and injured three workers, and damaged two trucks. The workers were sent to hospital, and the trucks to the repair shop. 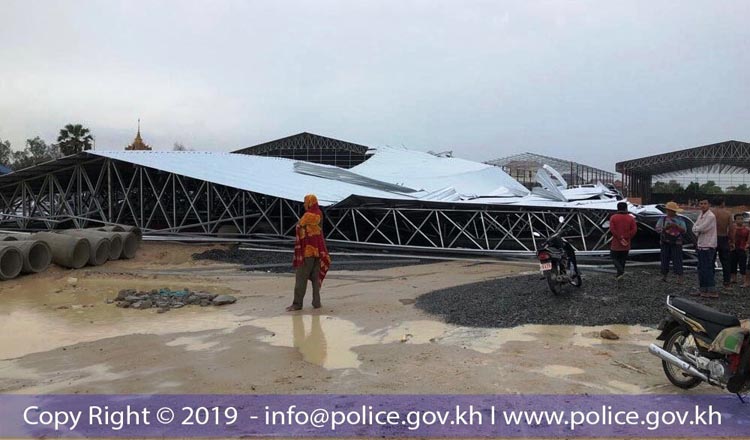 The accident investigation showed that the warehouse was atop an unsuitable foundation, which made it less resistant to wind and storm. The building authorities decided to temporarily halt further construction until their experts complete a technical expertise.

The National Committee for Disaster Management notes that 16 people have died and dozens were injured in storms during the first four months of this year.

Water Resources and Meteorology Ministry earlier this week called on all people to be wary of the thunder and lightning and storms expected until Sunday, May 12.