The Ministry of Environment together with the Cambodian Motor Sport Federation and KARA Company are set to host the 2019 Khmer Rally Raid from May 17 to 20 in the Prey Lang Wildlife Sanctuary.

Neth Pheaktra, Ministry of Environment spokesperson, said the theme this year is “Together to preserve the environment and natural resources”. He noted that the four-day event would be an opportunity to promote Prey Lang Wildlife Sanctuary, which is rich in biodiversity.

“The event also aims to inspire the preservation and conservation of the environment and natural resources among our citizens, including our youths,” Mr Pheaktra said.

The spokesperson also noted that this is the fourth time the annual event is being held by the Cambodian Motor Sports Federation, adding that it is the second year that the ministry is involved.

Mr Pheaktra explained that the race is expected to be widely covered by the media, which would help expose the country’s unique environment.

The Ministry of Environment oversees the management of the sanctuary in cooperation with relevant ministries and institutions in the four provinces to ensure the protection of the environment, biodiversity conservation, and sustainability of natural resources.

“There will be obstacles, which would help inspire solidarity among the competitors, as well as promote our beautiful wildlife,” Mr Sethikun said. 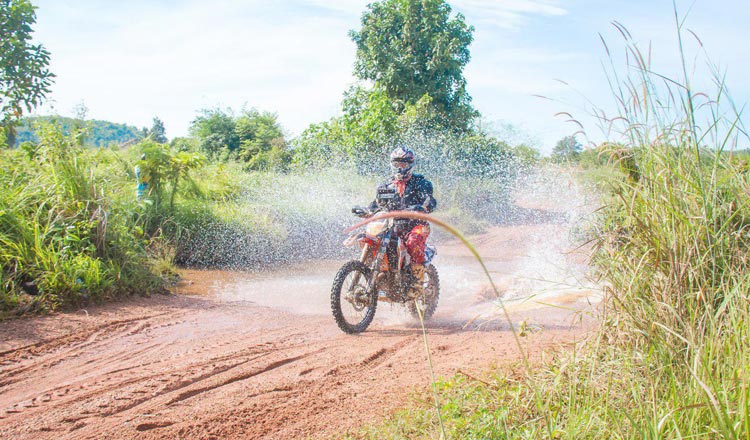 “There are 41 vehicles and 64 drivers. The participants come from eight countries, including Cambodia, Thailand, Australia, New Zealand, Scotland, and the Netherlands,” he said.

Prey Lang has been a focus area in the government’s efforts of environmental protection. In April, the Environment Ministry and the United States Agency for International Development launched the Greening Prey Lang Project to promote sustainable livelihood and law enforcement in the Prey Lang community in four provinces.

The project is estimated to be worth $21 million and funding will go towards the conservation of natural resources and address challenges the community is facing. The project will run until 2023.