Golden Hanuman military exercise to fire off in Kampot this week

Nearly 1,600 soldiers will participate in a five-day live fire exercise called the Golden Hanuman 2019 in Kampot province this week.

According a statement by Defence Ministry spokesman General Chhum Sucheat, the Golden Hanuman will take place at a training ground in Chum Kiri district’s Trapaing Veng commune from Saturday until Wednesday.

“Golden Hanuman 2019 is designed to strengthen the capacity, knowledge and expertise of army officers and soldiers in protecting current and future territorial integrity,” Gen Sucheat said.

“It is our military habit. We have no intentions of threatening any group or country,” Brig Gen Phalla said. “We want to test our military abilities and measure the knowledge of the army and their expertise. We also want to compare to previous drills.”

“We will cooperate with the Air Force Command, and most units under the jurisdiction of the RCA will also join us,” he added. “The previous drill was led by RCAF High Command, but this time it will be led by the Royal Cambodian Army.”

Brig Gen Sucheat said over the past decade, Cambodia has held three similar military drills, the first in 2010, the second in 2013 and the third last year.

At the time, more than 1,000 soldiers from various divisions, headquarters and units participated in live-fire drills. The RCAF used heavy equipment such as three helicopters, 20 vehicle-mounted BM 21 rocket launchers, artillery, 32 tanks, and 68 trucks. 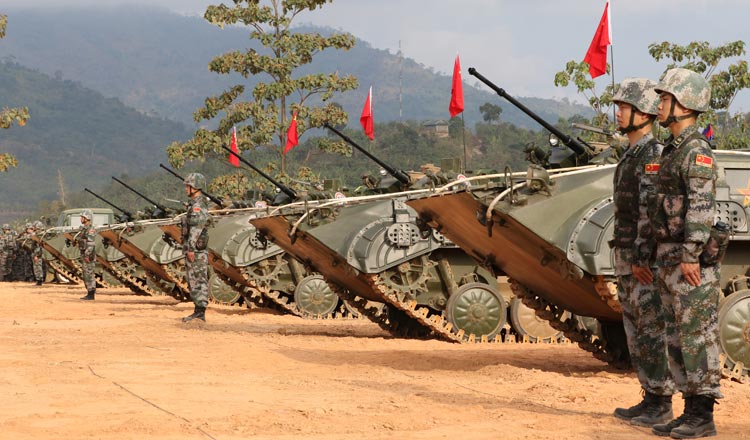 “This is to show the capacity and technology which we attained from hard work,” Gen Banh said. “We have the ability to use live-fire if needed.”

Earlier this year, China and Cambodia held the Golden Dragon 2019, a military exercise. Both forces attended the event for 10 days in order to strengthen good cooperation.

Gen Sucheat said people living nearby the training ground should be alert and steer clear of the area.

“All the people who live around the training area in Kampot province’s Chum Kiri district, do not be alarmed by the drills,” he said. “We ask for understanding for any inconvenience.”