Home - A smart choice a day keeps NCDs away

A smart choice a day keeps NCDs away 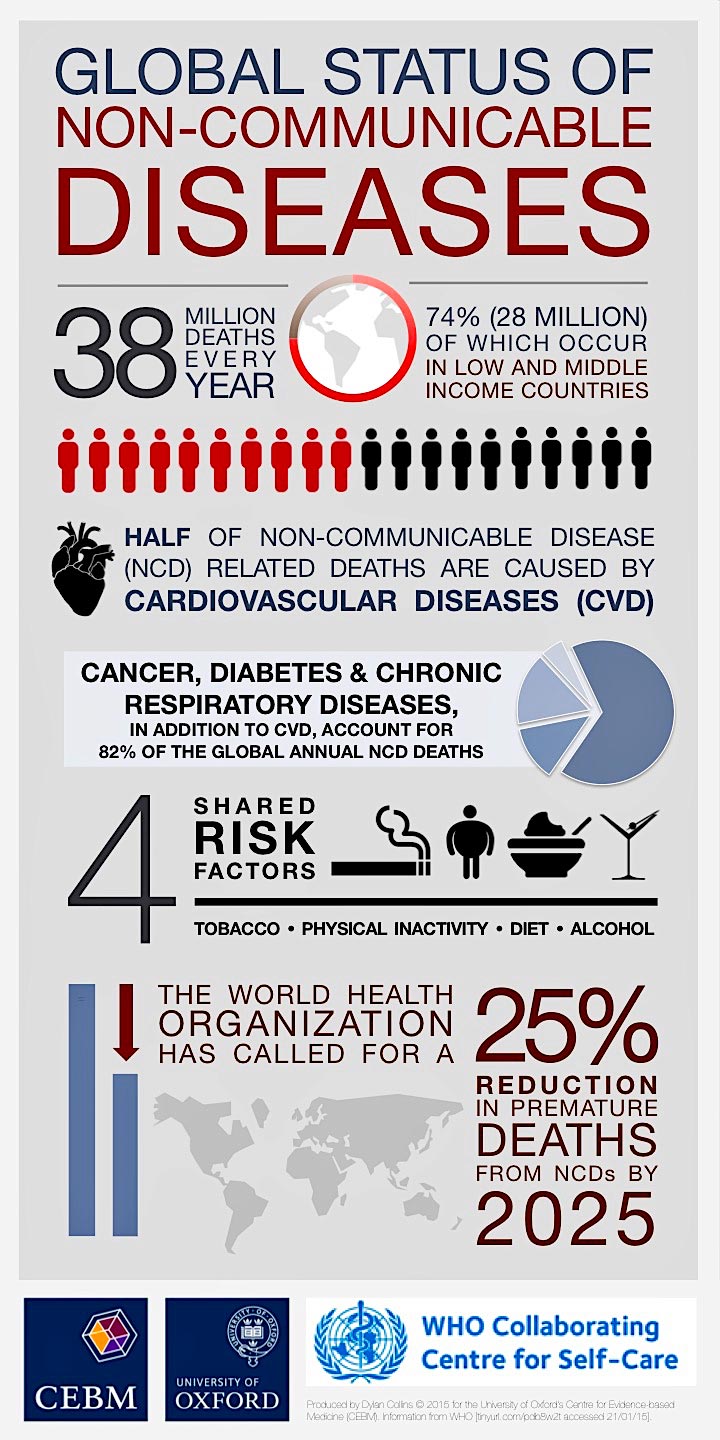 Good health depends largely on the choices we make on a daily basis. While lifestyle is only one of the factors that could jeopardise our overall well-being, making an informed decision could reduce our health risks and possibly add years to our life.

Now, isn’t that a nice prospect? These decisions could be as small as having a bigger serving of leafy greens for lunch instead of fast food, or even walking home from work instead of hailing a tuk-tuk.

Poor lifestyle habits could lead to various health risks which might spur critical illnesses. In fact, the World Health Organization (WHO) reported that five of these chronic illnesses, also dubbed non-communicable diseases (NCDs), contribute to more than 70 per cent of the total deaths worldwide. That is roughly 41 million deaths every year that could possibly have been avoided, should we make better decisions.

Before delving deeper into the do’s and don’ts in terms of our health, let us look at the top five NCDs that currently haunt the global population:

It can refer to a number of conditions affecting the heart or blood vessels such as heart attack, stroke, atherosclerotic disease, abnormal heart rhythm or even heart failure. According to WHO, heart conditions contribute to about 24 per cent of deaths in the Kingdom. Treatments vary from medications to surgery and cardiac rehabilitation. High cholesterol intake is one of the main culprits.

These are health conditions related to the lungs, its structures and the airways. Some of the most common are chronic obstructive pulmonary disease (COPD), asthma, chronic bronchitis and sleep apnea. The downside is that respiratory diseases are not truly curable although an array of treatments are available to alleviate the problems and improve the quality of breathing. Tobacco smoke is one of the key factors that induce the risks.

The most feared c-word. While some cancers cannot be avoided due to genetic risks, approximately 30 to 50 per cent of cancers are preventable by adopting smart lifestyle choices, according to the WHO. In Cambodia, cervical cancer is the leading cause of mortality among women. Every year, it is estimated that 1,500 women are newly diagnosed with cervical cancer and at least 900 women die of the disease.

Human bodies are fueled by the nutrients we get from the food we eat. Just like magic, the body also produces a chemical dubbed insulin to help digest these nutrients. Diabetes happens when your body either does not make insulin or has problems making insulin. According to WHO, there were 1,420 diabetes-related deaths in Cambodia in 2017 alone.

Mental health is all-encompassing. It includes our emotional, psychological and social well-being. The problems could vary from common mental disorders such as depression and anxiety disorders to more severe mental illnesses such as schizophrenia and bipolar disorder. A 2011 study found that life expectancy for men who suffer from mental illness is approximately 20 years less than the general population, while for women, it is 15 years less.

While these illnesses sound scary, fortunately for us, they are not transmissible from one person to another and steps can also be taken to reduce the risks. Here are the five wrong decisions that we might have made and how to rectify them:

We know this. Smoking kills. One stick contains roughly 7,000 different types of chemicals, over 60 of which are carcinogens. Globally, cigarette smoking is estimated to cause about 71 per cent of all lung cancer deaths, 42 per cent of chronic respiratory disease and nearly 10 per cent of cardiovascular disease. It is high time to snub out that ‘cancer stick’ once and for all.

Some people turn to a glass of wine to unwind at the end of a long day. This is completely fine. The problem begins when one starts binge-drinking or turn to alcohol as a permanent stress-reliever. According to NCD Alliance, the harmful use of alcohol leads to 3.3 million preventable deaths throughout the world annually.

It is good to keep it moving, and we mean literally. Regular and adequate levels of physical activity is vital in improving muscular and cardiorespiratory fitness and reducing the risk of hypertension, coronary heart disease, stroke, diabetes and various types of cancer. Additionally, maintaining a certain level of fitness may bode well for your physique and could boost self-confidence.

This is one of the environmental risk factors that could prompt NCDs, particularly respiratory issues. The WHO reported that in Cambodia, tobacco smoking is a major source of indoor air pollution. In 2012 alone, 20,400 deaths in Cambodia were attributed to air pollution, with 44 per cent caused by indoor household air pollution. While we might not be able to completely alleviate this risk, we can do our parts by being more environmental-friendly towards reducing overall air pollution.

Too much of a good thing is a bad thing. You can still have your gastronomy fun as long as you remember that the key to a good health is a balanced diet. Various reports suggested that 4.1 million annual deaths have been attributed to excess salt intake particularly. Therefore, you might want to think twice before popping open that bag of chips, especially after dinner.

As an additional safeguard, get protected with AIA’s life insurance solution which covers 26 conditions of critical illnesses and medical operations in Cambodia and overseas. To inquire further, do not hesitate to contact AIA Cambodia at 086 999 242.