Interior Minister Sar Kheng yesterday expressed concern that Cambodia may not be able to meet the UN’s goal of halving the number of fatal traffic accidents by the middle of next year.

During a visit to inspect the construction of a swimming pool at Battambang provincial stadium, Mr Kheng, who heads the National Road Safety Committee, noted that in 2011 the UN set a goal to reduce traffic fatalities by 50 percent by mid-2020.

The Decade of Action for Road Safety 2011-2020 was officially proclaimed by the United Nations General Assembly in March 2010.

The National Road Safety Committee took on the UN goal in Cambodia on May 11, 2011, and is determined to reduce traffic fatalities by 50 percent by mid-2020.

“We are worried that we cannot implement the UN goal by mid-2020 and we need to try our best to reduce the deaths from traffic accidents by 50 percent,” Mr Kheng said.

“I am also very concerned that we cannot reduce the number of traffic accident fatalities by 50 percent as we planned,” Mr Ratanak noted.

Mr Ratanak said that previously the NRSC was under the control of the Public Works and Transport Ministry and did not receive much cooperation from authorities at the sub-national level.

However, he noted that ever since Mr Kheng became chairman, there is more cooperation, but a lot needs to be done to further reduce traffic accident deaths.

“Even though we may not be able to meet the UN target, I am optimistic that we can at least reduce traffic accidents in the Kingdom by as much as possible,” Mr Ratanak said. “We still have time to try to meet the mid-2020 target.”

Mr Ratanak said there are three obstacles to NRSC’s goal to meet the target.These are limited enforcement of traffic laws by the authorities, poor road conditions and people’s limited understanding of traffic laws. 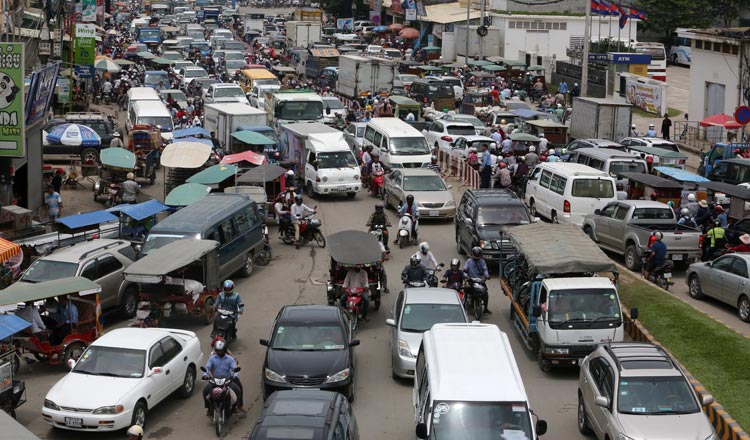 Earlier this year, the Transport Ministry reported that 3,267 traffic accidents occurred nationwide last year, which was seven percent lower than in 2017. It noted that last year there were 1,761 fatalities, one percent down from 2017, and 4,770 injuries, 14 percent lower than the previous year.

Min Meanvy, a ministry secretary of state, said then that the number of deaths is still a cause of concern for the government.

“Most traffic accidents happened in Phnom Penh, Kandal, and Preah Sihanouk provinces,” she said. “An average of five people died and 13 were injured every single day of the year.”

In his speech yesterday, Mr Kheng urged people to respect traffic laws and focus on their driving in order to protect their own and other people’s lives, especially during the upcoming Khmer New Year.

US deportee jailed over brutal treatment of girlfriend

Hun Manet in Hawaii to boost ties with US