The Agriculture, Forestry and Fisheries Ministry yesterday said it will need continued help from civil society and international organisations in order to prevent the spread of African Swine Fever from Som Kaninh village in Ratanakkiri province’s O’Yadav district to nearby villages.

Last month, ASF was detected in about 500 pigs that were being raised by families in Som Kaninh village. Most of the pigs had already died, but about 100 had to be culled.

The ministry also carried out measures to prevent the spread of ASF by spraying disinfectants and barring the transportation of pigs. 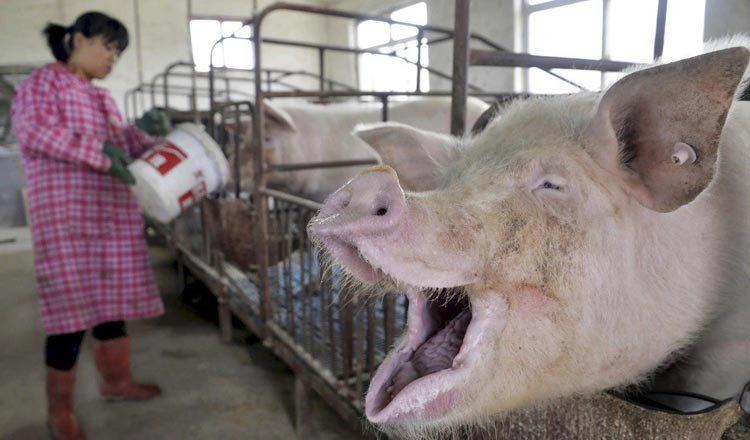 Tan Phannara, director of the ministry’s animal health and production department, said during the First National Consultative Workshop on the Development of African Swine Fever Preparedness and Response Plan in Phnom Penh yesterday that despite ministry efforts to contain the virus, experts suspect the virus may have already spread to three more villages.

Mr Phannara said the ministry will need to further collaborate with the Food and Agriculture Organisation of the United Nations (FAO), NGOs and members of the private sector.

“In these three villages, we are going to inform people to be aware and be careful. We currently have a budget because funds were provided by the FAO, those in the private sector and the government in order for us to resolve this issue by preventing the spread of the disease,” he said. “If we have full support from our partners, we will carry out this work in three villages at the same time.” 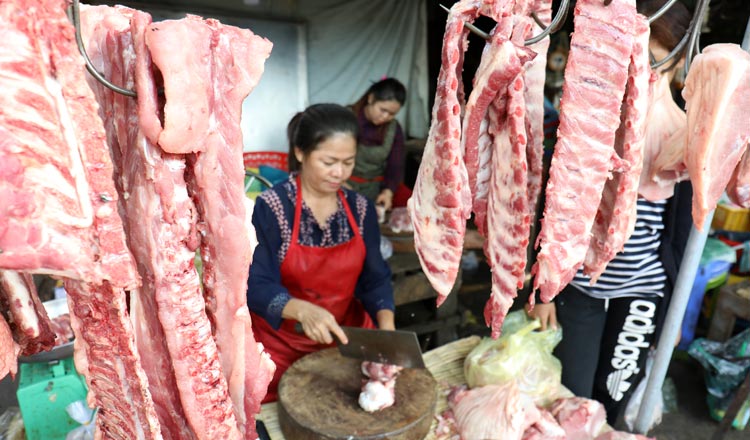 “This disease seriously affects the economy of families who raise animals,” Mr Huynh said. “It also affects food security because the rate of pig deaths is 100 percent and can spread to other areas if we do not take action to prevent it on time.”

He noted that the FAO is committed to help the government in order to prevent the spread of the disease.

According to an FAO press release, ASF poses no risk to human health, but the disease can linger in pork products long after the animal has been slaughtered.

It added that there is no effective vaccine and treatment. When pigs are infected by ASF, the only option left is to kill the infected pigs.

Suon Pov, president of the Cambodian Livestock Raiser Association, said it is possible that ASF managed to spread because pigs that are raised by families are allowed to roam villages freely.

However, Mr Pov said ASF will not affect the pig market in the Kingdom.

“Despite the outbreak, the disease has not hit the pig market in Cambodia,” Mr Pov said.

According to Agriculture Minister Veng Sakhon, there were 1.9 million pigs raised by families and about 800,000 raised by companies on 670 pig farms across the Kingdom last year.

One dead, dozens of homes damaged in storms