Exiled government critic Lu Lay Sreng has asked Prime Minister Hun Sen to have him pardoned and allow him to return home before the upcoming Khmer New Year.

During the wake of the dissolution of the CNRP in November 2017, Mr Lay Sreng alleged that Mr Hun Sen offered Funcinpec party officials $20,000 each to fill former CNRP seats in the National Assembly.

After hearing that legal complaints were being filed by Mr Hun Sen and Funcinpec party members, the 85-year-old fled the country.

In January last year, Phnom Penh Municipal Court convicted Mr Lay Sreng in absentia of defamation and ordered him to pay $125,000 to Mr Hun Sen and an additional $2,000 fine to be put in the state’s coffers.

On Friday, Mr Lay Sreng posted a Facebook video clip asking for a pardon from Mr Hun Sen, whom he had previously worked with as former deputy prime minister. 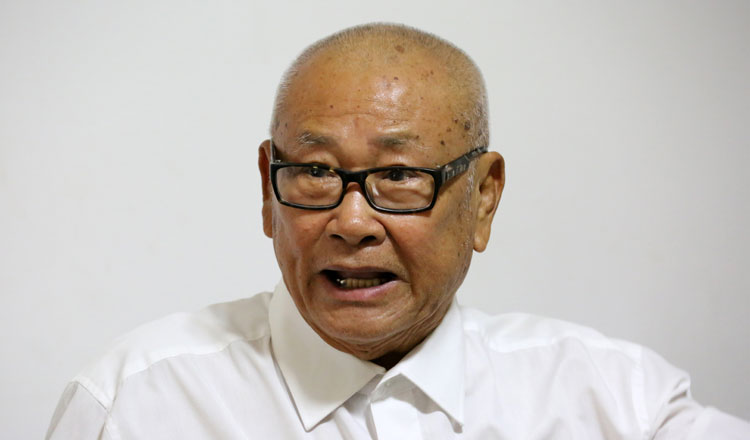 “Please Samdech, help me return home as what I said was wrong,” he said. “I worked with Samdech for three mandates.”

“I really miss my compatriots and my country,” Mr Lay Sreng added, noting that he wishes to return by Khmer New Year.

“I have not joined any political parties abroad. Please allow me to return home as Khmer New Year approaches and I miss all of you very much,” Mr Lay Sreng said. “Whether I was right or wrong, please consider that I was your colleague. This request should be granted because I am old.”

“I retired from politics and I’ve stopped talking about politics because both sides did not listen to me,” he said. “I said what I said for all Cambodians.”

“He pushed us to implement the rule of law and now we are enforcing laws, so he needs to comply with the court,” Mr Eysan said.

Women nabbed with nearly one kilo of meth