Hospital director Lou Ly Kheang said a Korean medical team helped with the creation of the new “Having Dream Centre”, which focuses on helping deaf children recover from surgery. He added that the team first came last year and it also helped modernise surgical techniques.

“Those recovering from a surgery can receive free rehabilitation at the Having Dream Centre in Preah Ang Duong Hospital where they can learn to form social relationships,” he said. 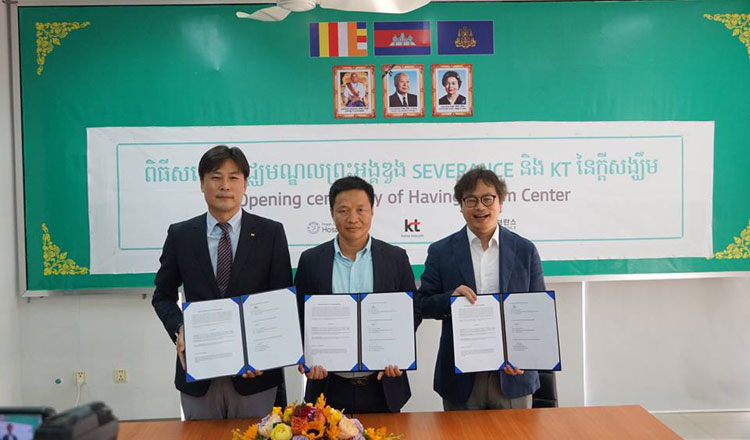 “Outside of learning in school, parents could train their kids to speak,” Ms Chheus said. “Techniques can be taught quickly and children will soon be able to clearly communicate.”

“I am thankful for the surgeries my children received,” Ms Srey Mean said. “Now the hospital is offering free education for them. Now my children can speak up.”

The hospital first started working with the Korean medical team in October last year in order to increase the hospital’s ability to operate on hearing-impaired children.

Mr Ly Kheang at the time said “the fee is cheaper than abroad”.