Speaking at the groundbreaking ceremony for Cambodia’s first ever expressway, which will be developed by a Chinese firm, Mr Kong said the only goal of China’s grant assistance is to aid the development of the country, adding that it is “not a trap”.

“There is a group of individuals that are always smearing our reputation by calling Chinese investment a trap without any basis.

“Chinese investment is not a trap as many claim and it is definitely not a threat. We are here to help and support the development of Cambodia and the Cambodian people,” he said.

Prime Minister Hun Sen, who presided over the ceremony, said China, through its financial assistance, is one of Cambodia’s main development partners but stressed that China doesn’t control Cambodia.

“Even if China wanted to control Cambodia, we wouldn’t allow it,” he said, adding that, “Controlling other countries is not the policy of the Chinese government”.

“I would like to stress that Cambodia welcomes assistance from other development partners. Please come invest here and provide loans to Cambodia because we need them,” he said.

From 1994 to 2016, China invested $14.7 billion in Cambodia, mostly in four sectors –agriculture and agro-industry, manufacturing, infrastructure, and services and tourism. 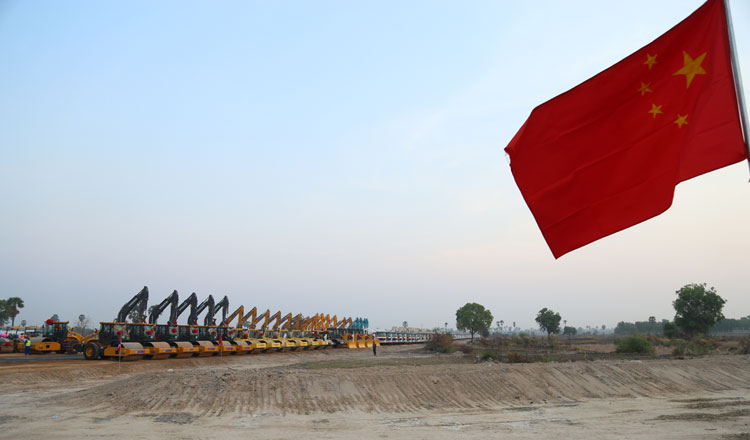 From 1993 to the end of 2017, Cambodia signed concessional loan agreements with development partners to the value of $9.6 billion, equivalent to more than 30 percent of its gross domestic product (GDP).

The government borrowed $6.3 billion from countries on a bilateral basis. Of this, $4.05 billion came from China.

The new expressway, which will connect Phnom Penh and Sihanoukville, will have four lanes and stretch over 190 kilometres.

Globalization a win-win for China and world: Expert

Gov’t to buy power from companies