“I wish to tell the prosecutor at Phnom Penh Municipal Court that Sar Chandeth used his Facebook page to publicly insult Samdech Hun Sen and had the intent to commit incitement to commit a felony,” he said in the complaint. “His act violates articles 307 and 495 of the Criminal Code.”

“I have 32 pages of evidence extracted from Sar Chandeth’s Facebook page as proof for the court to check and decide,” Mr Tech added, noting that Mr Chandeth should be convicted and made to pay $1 million in compensation to Mr Hun Sen. 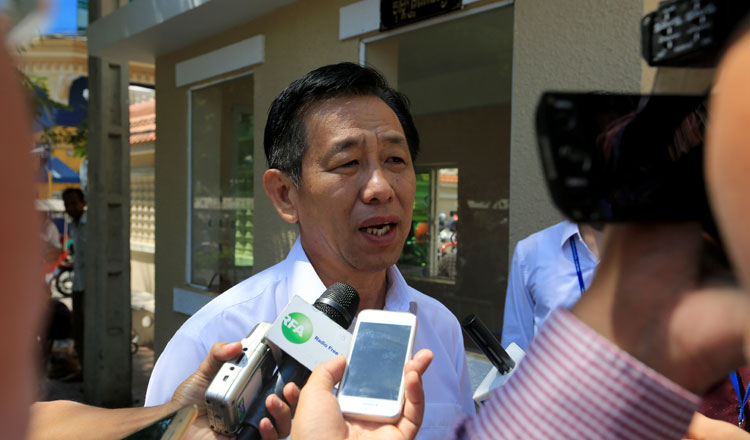 In a March 10 post, Mr Chandeth wrote on his Facebook page that Mr Hun Sen could die.

“This year, Hun Sen could have his head cut off,” he said.

Mr Chandeth also said that based on astrological predictions, Mr Hun Sen will face “eight political storms”, including the suspension of Cambodia’s Everything-but-arms trade scheme access and the review of the Kingdom’s General System of Preferences that it receives from the United States.

In the same post, Mr Chandeth, who claims to be in Canada, supported the international community’s condemnation of rights violations in the Kingdom and speculated of internal CPP conflict and Mr Hun Sen’s ailing health.

Mr Chandeth did not respond to requests for comment over the matter.

During a meeting with garment workers in Koh Kong province last week, Mr Hun Sen said that his lawyers are considering a total of 32 lawsuits against former opposition members, including Sam Rainsy, over insults and defamation.

“I told my lawyers to study what had been posted on Facebook about how you insulted me by using photos of me with my head cut off,” he said. “Please seize his properties. I regret that this is now happening. I had previously only requested 100 riels in compensation, but this time I will not forgive his actions. The money raised from selling his properties will go to help orphans.”