The Tiger Street Football Festival wrapped up the 2019 edition as the competition thrilled fans in the Grand Final in Phnom Penh at the weekend – with Preah Sihanouk Provincial Police has winning top honours.

In yesterday’s grand Final, the Preah Sihanouk side shaded Rolling FC of Phnom Penh 2-1. Preah Sihanouk took the lead early in the game before being pegged back by the challengers. However, the winning goal was enough to hand Preah Sihanouk the $15,000 grand prize. 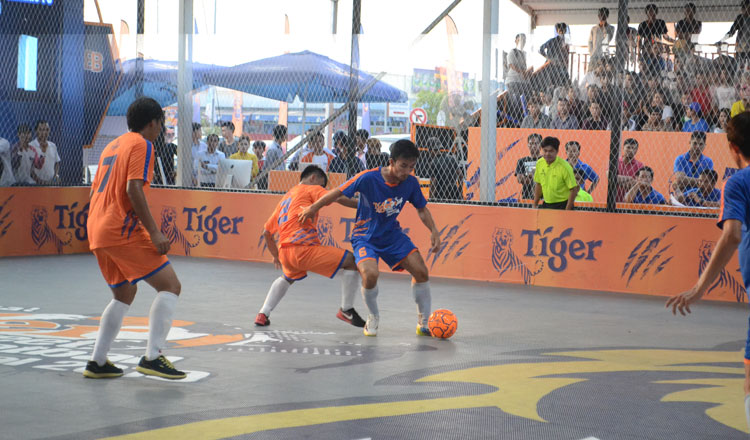 The festival traversed the length and breadth of the kingdom of Cambodia, taking in Sihanoukville, Takeo, Kampong Speu, Battambang, Siem Reap, Poipet, Kampong Cham, Kandal, and Phnom Penh for its final stop.

On Friday, Down Town Sport won the Phnom Penh leg after three-days of intense midweek action. They beat Rolling FC 3-1 to claim first prize in the provincial final. 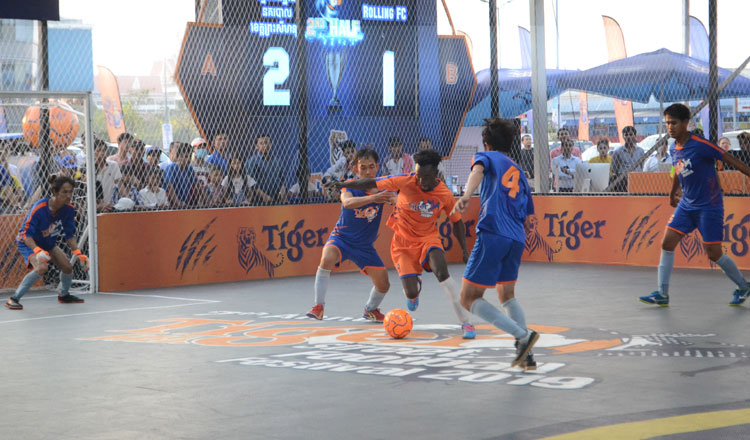 Unfortunately for fans, Tiger Beer earlier announced the postponement of the arrival of Tiger Street Football Festival 2019 ambassador Ronaldinho who was expected to light up the final weekend.

Passport issues meant Ronaldinho was unable to fulfil his commitment to attend the 2019 Tiger Street Football Festival Grand final. However, to show his profound appreciation, he promised to invite the winning team of the Tiger Street Football 2019 to visit him in Brazil while also sending signed postcards and Tiger Football T-shirts for the fans in Cambodia.

Organised by Tiger Beer, it seeks to connect with youths in Cambodia and extend its footprint towards developing football in the kingdom. It serves as a platform for talented players, aspiring footballers and anyone with a passion for the game to showcase their talent, and learn from good players.

The 7th edition of the football festival was hailed as the biggest ever with 622 teams estimated to have joined the qualifying rounds.

Bottas hits back with a bang