Speaking to about 13,000 garment workers in the province, Mr Hun Sen said that Koh Kong is facing a shortage of water sources.

“Koh Kong is running out of drinking water,” he said. “This is our concern.”

Mr Hun Sen noted that tycoon Ly Yong Phat has a reservoir to supply water in the province, but the water level is going down.

“Now water supply from the reservoir may only be enough for one month but today I received information that Thailand’s Trat province has agreed to supply water to us,” he said. “So we have to have pipes connected to Koh Kong.” 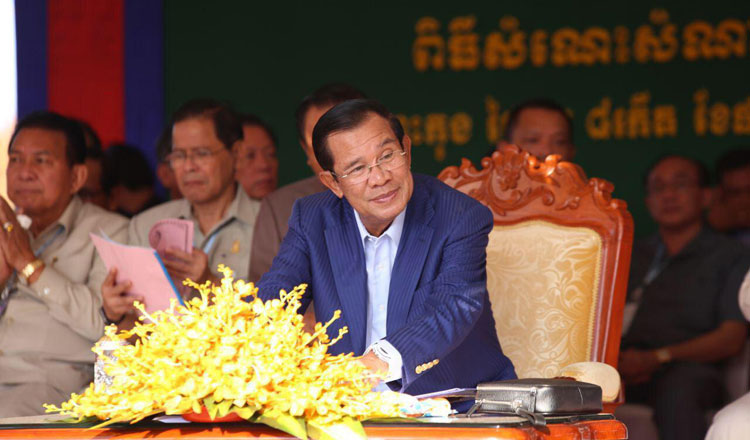 Mithona Pouthorng, Koh Kong governor, could not be reached for comment yesterday.

Water Resources and Meteorology Minister Lim Kean Hor said in a recent statement that between April and May, temperatures in the Kingdom could be as high as 42 degrees Celsius.

Mr Kean Hor said rain is not expected until June, noting that there will not be much rain this year due to the El Nino phenomenon.

“We need time to study the problem and study the feasibility of building a reservoir,” he said. “However, it depends on our budget because we have to prioritise critical areas.”

Mr Hun Sen on Monday also ordered provincial authorities to dig wells for people who are facing shortage of water during the dry season.

Hun Sen to file about 32 lawsuits against Rainsy