Cap Chantha said Mr Rith was charged by the court with forgery and use of public documents, noting that Mr Rith could be jailed for up to five years if found guilty.

He said Mr Rith had used the fake seal to stamp passports and other documents, and used the signature of an unnamed high-ranking immigration police official. He noted that Mr Rith was arrested on Thursday.

Cap Chantha said that between January and the moment of his arrest, Mr Rith had falsified documents belonging to 30 migrant workers, noting that Mr Rith’s activities were initially uncovered by Thai immigration police. 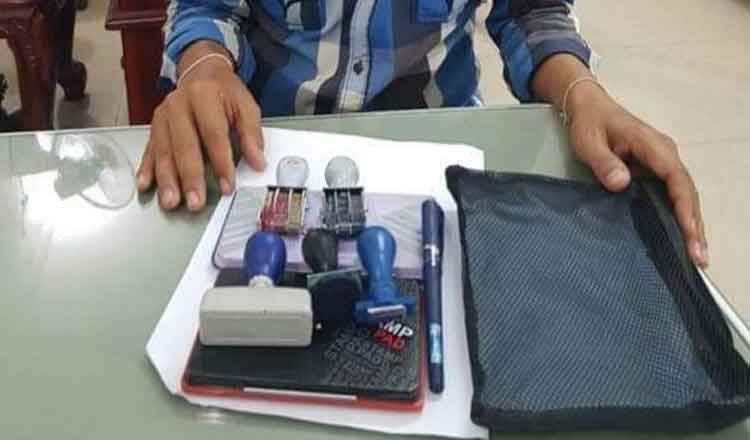 After being notified by Thai immigration authorities, police then arrested Mr Rith at his home in Poipet commune.

At least one migrant worker had cooperated to identify and apprehend Mr Rith, Cap Chantha said.

“He confessed that he charged workers about $30,” he said, adding that police are looking into other suspects who may be involved.