The Tiger Street Football Festival 2019 enters its final stanza next week as the competition entertains fans in the final Phnom Penh leg of the annual football showpiece.

After traversing the length and breadth of the kingdom of Cambodia, so far taking in Sihanoukville, Takeo, Kompong Speu, Battambang, Siem Reap, Poipet, and most recently Kompong Cham, Kandal, and soon – Phnom Penh.

The 7th edition of the football festival is already the biggest ever with almost 600 teams estimated to have joined the qualifying rounds. 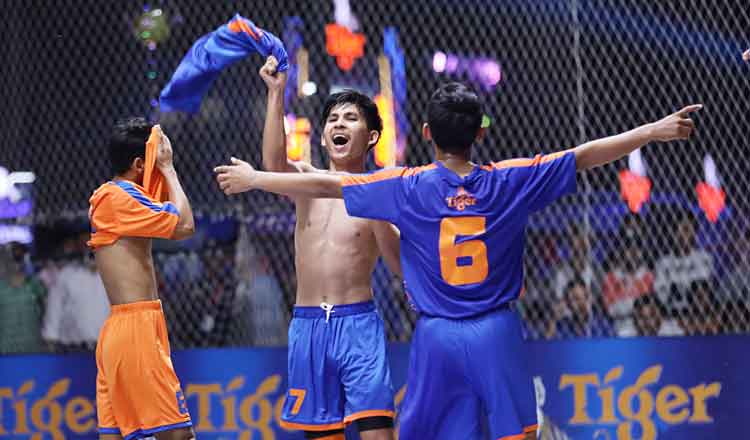 Organised by Tiger Beer, it seeks to connect with youths in Cambodia and extend its footprint towards developing football in the kingdom. It serves as a platform for talented players, aspiring footballers and anyone with a passion for the game to showcase their talent, and learn from good players. The festival next travels to Phnom Penh for its 13th-14th-15th date. 64 top teams will be joining the final tournament with only the very best of the best teams competing for supremacy at the grand finals in Phnom Penh in front of Koh Pich Theater on March 16th and 17th.