Rom Bak Battle was first organised in 2013 to open a platform for the growing number of hip hop dancers in Cambodia.

It was, perhaps, just a typical night for Phnom Penhers. But that night of February 23 was a tremendously special night for all dancers and dance enthusiasts. Hundreds of them came to get wowed by 40 dancers from all over the world gathered for ‘Rom Bak Battle 2019’ at Pontoon Club.

And if it weren’t too obvious yet, the host asked the ecstatic crowd, “Are you ready?” after the five judges were introduced. The noise went louder and louder, signifying it was time for the hip hop battle to begin. 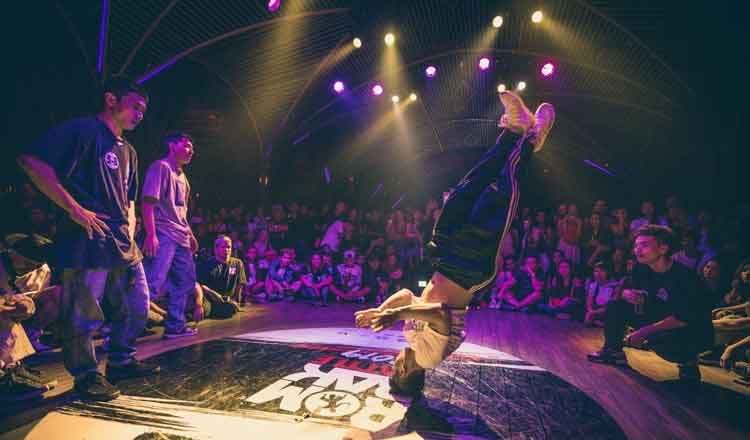 The dancers – eight talented pairs – showed off their unique styles in the Break Dance category as young DJ, Kenny Chase, played a good mix of sounds. Each team was given only two minutes with two rounds, opening the stage for each pair to unleash their creative dancing styles.

The audience, in turn, were shouting and applauding to the top of their lungs.

Results were immediately shown before the semi-finals.

The shouts roared louder as the host opened the dance floor for another set of astonishing dancers for the All Styles category. Like the Break Dance, All Styles also had eight groups competing. And as soon as the first beat echoed across Pontoon Club, all groups showed their best moves.

Before the final round of ‘Rom Bak’ or ‘Break Dance’, which gave sol dancers two minutes for their routines, the audiences were treated to a song number by Klap Yahandz and a surprise dance performance by the five judges.

There were different winners for the three categories. But all the groups – as well as the audience – knew that the trophy is just an additional glory. For them, having an arena where they can dance their hearts out and be united with fellow dancers is enough of a prize. 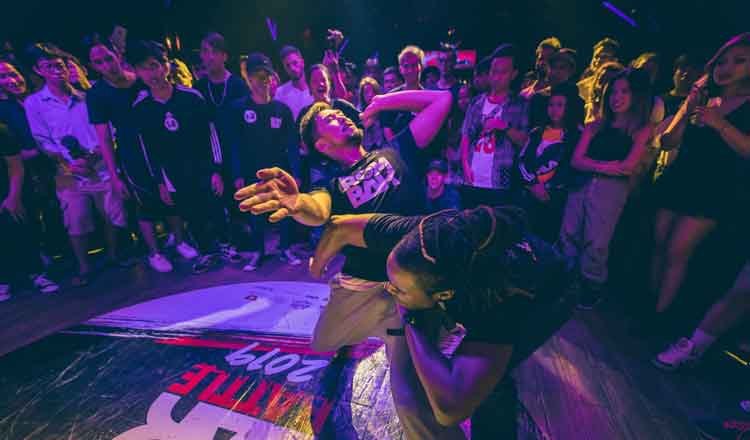 Nghiem Xuan Nam, one of the members of Battambang Breaker, said that he knew about the dance competition on Facebook. As an art teacher at Phare Punleu Selpak, Nam said he was enticed to take five of his students to compete.

“Losing or winning does not really matter to me. What matters most is that I was able to build good connection with other hip hop dancers and learned from them,” Nam said.

He added, “To be honest, I did not expect to win. However, I did all my best in each battle.”

Their efforts really paid off. Battambang Breaker was awarded as champions in ‘Break Dance’ category. Having been inspired by the ‘Juste Debout’ – an international and annual dance competition in France – Lin Juvie of the POLARIX shared that he has been dancing since he first saw the dance battle. But his journey in dancing started somehow rough.

“In Cambodia, it’s not really hard to find place or academy to train dancing if you have high commitment. Since hip hop dance is a mainstream, I was so fortunate to get the best support from an agency and my family. Five years ago, people did not even support it. But then the hip hop culture became more popular. I can feel it through the support I am given by friends and family,” Juvie noted.

“I worked so hard for Rom Bak Battle this year. I kept practicing and creating interesting moves every day. Everyone can dance, yet making your own style is tough,” said the winner of ‘All Style’ and ‘Rom Bak’ winner. 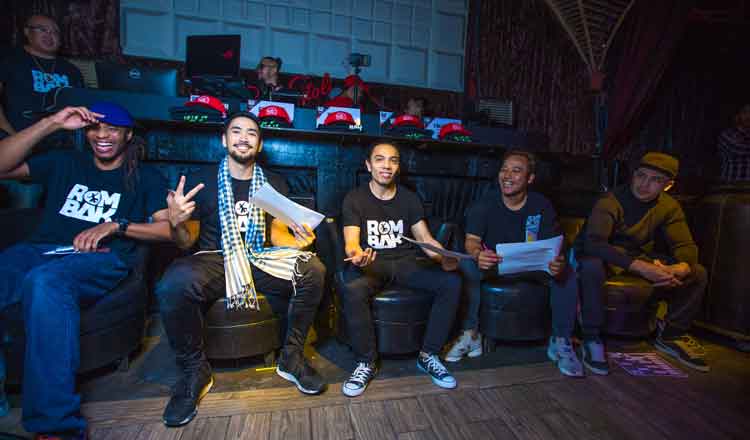 Growing up in France in the late 1980s, Cambodian-French Lim Vibol was inspired by the style, angst and intensity of hip hop and break dance. When he stepped back to Cambodia, fortunately, Vibol got to know talented hip hop dancing legends including Bboy Peanuts, Bgirl Melski. He later decided to cofound ‘Rom Bak Battle’.

“One night, we, people who are passionate in dancing, discussed to host a hip hop dance. We did it at Meta House in 2013. To be frank, we spent our own salary to make it happen because we wanted to share new knowledge and passion to the younger generation. Slowly, our movement became larger year after year. And this year was a big triumph.” 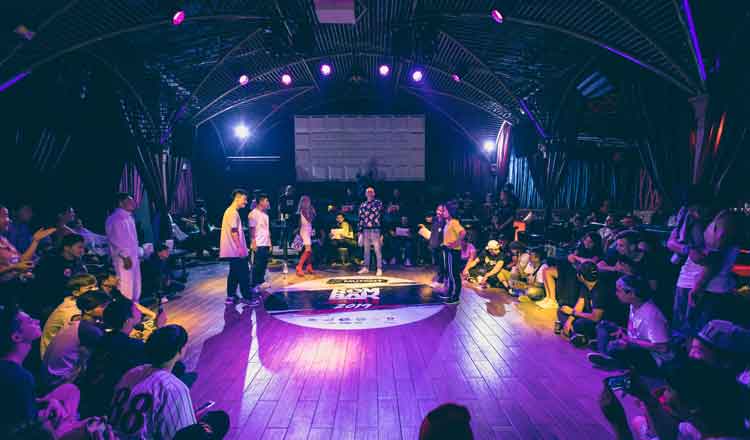 With a wide vision to develop different kinds of dance battles in Cambodia, the project then turned over to a new team, which later gave birth to the non-profit association ‘Association of Rom Bak’ in 2017.

“From there, I saw that a lot of people in Cambodia are still confused between hip hop dance and K-Pop. Therefore, my hope is to lead them to the right way through professional and artistic dance.

He added, “We can dance regardless of social classes and ages. And I hope Cambodian hip hop and break dance will soon reach international level. And that is the reason we have a lot great judges this year so then they can share their knowledge to make Cambodian dancers more professional.” 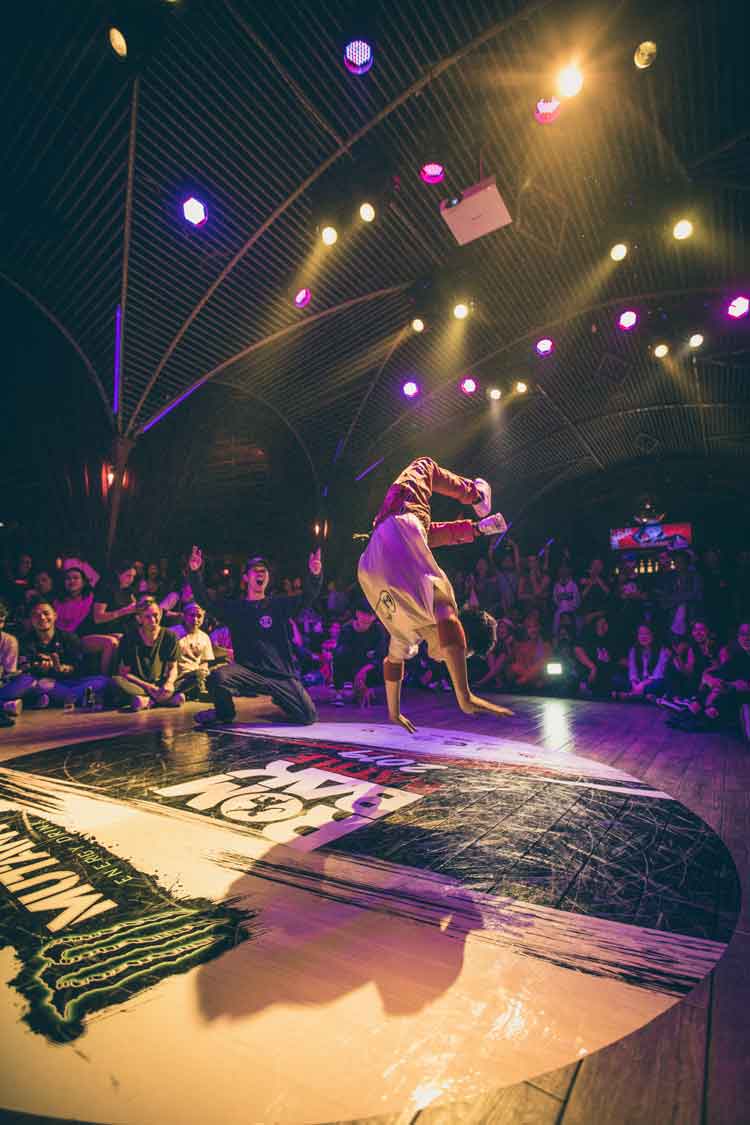 The tourist, the guide