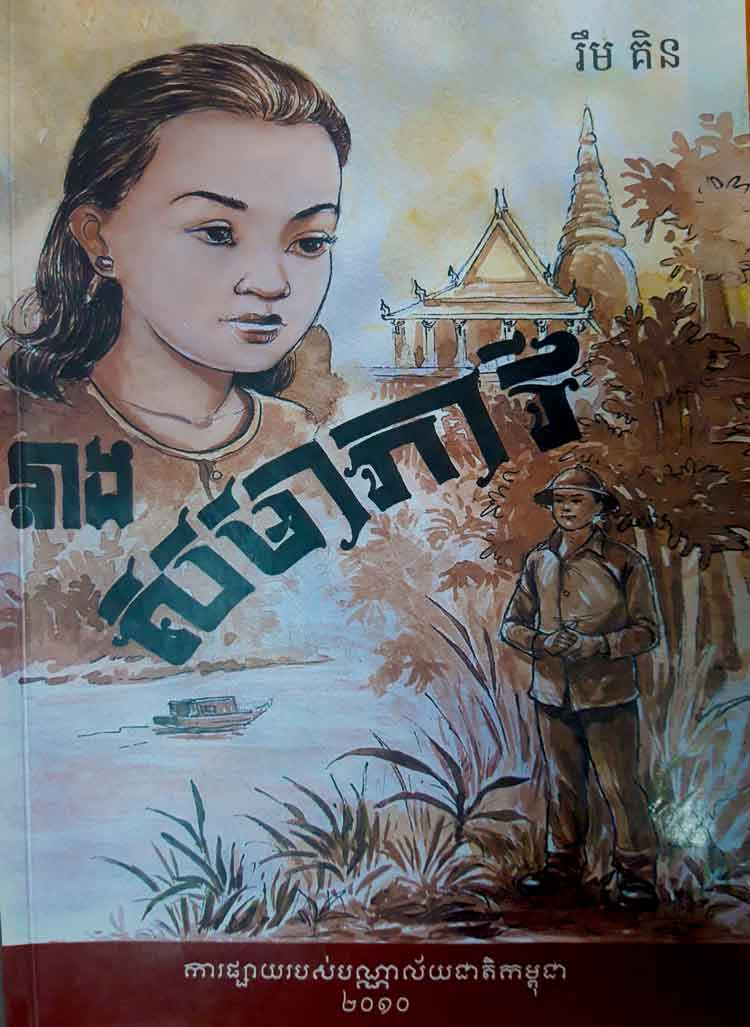 Written by Rim Kin, ‘Samapheavi’ is an emotional novel written in the 1950s. It was republished by the National Library of Cambodia after some articles about the book on Saturday Night Magazine (Reatrey Thngai Sao) was discovered in 2010. Since the National Library could not find the complete Khmer version of ‘Samapheavi’, some of the chapters were translated from French to Khmer for the republication.

The story revolves around the tragic life of Samapheavi – a girl with a pure heart. Samapheavi comes from a rich family; but she has maintained her humility and kindness. However, the sudden death of his father turns her life upside down. Her mother falls in love with a new man, Srokom, that eventually worsens Samapheavi’s ordeal.

Srokom plans of getting all the wealth of Samapheavi’s family. He also tries to harass her but he fails in all his attempts. However, Srokom is clever enough to use Samapheavi’s mother to expel her from her own home.

With a heavy heart, she travels from Phnom Penh to Pursat to find her aunt, whom she believes will help ease her burden. Her journey does not come easy as she meets a bad man who turns her into a servant. Sampheavi endures two months in the man’s home before finding a way to escape.

She successfully finds her aunt. But unlike what she has expected, her aunt lives in a very small house in Pursat. Samapheavi tries to be happy with her new life. Coincidentally, the provincial governor, Sovannarak, is seeking for a second wife as his wife is terribly sick. After knowing about Samapheavi, the governor falls in love with her and proposes marriage.

Samapheavi’s life changes in an instant. She finally finds her happiness after a horrible past. But her joy doesn’t last long. She discovers that she is just the second wife of the governor. Instead of getting angry, Samapheavi takes care of the ailing wife until she fully recovers.

Samapheavi, meanwhile, gives birth to her son with Sovannarak. This makes the first wife very jealous and mad. She kills Samapheavi’s son and blames everything on her. Because of it, Sovannarak kicks Samapheavi from their home, leaving the poor girl in misery.

Will there ever be a happy ending for Samapheavi?

Despite putting too much sorrowful circumstances in Samapheavi’s life, the book is actually a great source of morals. It personally made me understand social realities – the good and bad. I also commend the author’s beautiful usage of the old Khmer language.

Find out how Samapheavi’s life unfolds. Borrow a copy of this book from the Scholar Library.

Rim Kin (1911- 1959) is one of the founders
of modern Khmer lite-rature. He graduated from College Sisowath and later became a teacher in Battambang Province. Two of his novels were translated into French language.

Ikigai: The Japanese Secret to a Long and Happy Life