Officials are appealing to people to be wary of the food they consume after dozens of villagers in Prey Veng province were poisoned at a funeral reception in Preah Sdech district.

Horn Rith, deputy director of the provincial health department, said noodles served at the funeral are suspected of being the cause of the poisonings.

“A total of 72 people, including children and the elderly, experienced stomachaches, diarrhoea and vomiting after eating noodles at the funeral,” Mr Rith said. “The victims are now recovering. Four of them were seriously affected and we asked them to stay in hospital so doctors can follow up.”

He noted that after the incident, provincial health officials collected samples of what was served at the funeral, including soup, vegetables, the noodles and water.

Interior Minister Sar Kheng yesterday visited the victims, provided money, and told them to be careful with what they consume, his Facebook page said.

“After the incident, we also went to the noodle-making facility belonging to Seat Yorn, and the authorities decided to suspend production until hygiene improves,” he said. “The producer has been making noodles for about a year. Many people have bought it, including me. I have had no problems with his noodles, but then the poisoning occurred.” 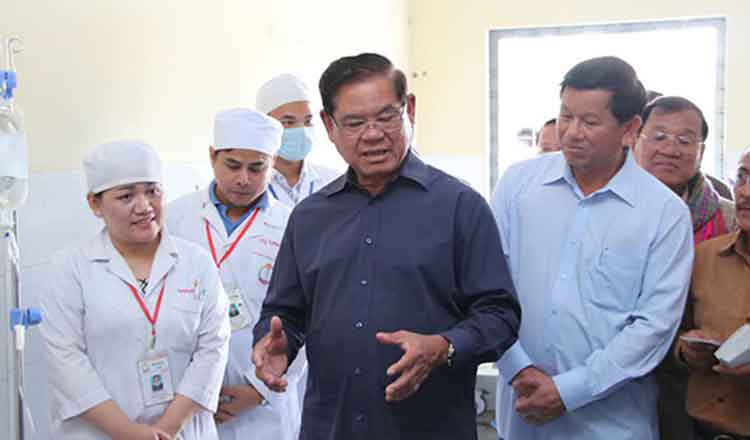 Mr Hoksrun said food must be cleaned and washed before cooking, raw meat should be kept separate from other ingredients, and cooking temperatures and water sanitation should be considered.

He noted that last year, 13 poisoning cases resulted in 12 deaths and 203 hospitalisations.