City Hall has urged the private sector to move their businesses in the city to Ring Road 3 on the outskirts of the capital in order for it to maintain public order and reduce traffic jams.

A letter signed by Phnom Penh Governor Khuong Sreng on Tuesday noted that economic growth and urban development had caused the traffic issues.

“Phnom Penh is facing some problems that requires solving subsequently,” the letter said. “These problems include traffic congestion, which is a priority challenge, caused by the rapid growth in the number of vehicles on the roads.”

“The number of factories, production facilities, warehouses and heavy duty truck repair shops is also increasing very fast and more people are coming to live in the city which is causing traffic jams and accidents regularly.” it added.

City Hall said even though the authority previously has taken measures to educate people about traffic laws, installing traffic lights and road dividers, banning heavy trucks from entering the city during the day and launching city bus services, the problem still plagues the city.

“So, in order to maintain safety, public order and reduce traffic jams and accidents, the Phnom Penh administration requests all owners of factories, production facilities, warehouses and heavy duty truck repair shops to relocate from Ring Road 3,” the letter said.

Prime Minister Hun Sen last month attended the groundbreaking ceremony of the construction of the four-lane Ring Road 3 which is 47.6 kilometres long, 25 meters wide and costs $259 million given as a concessional loan by the Chinese government. 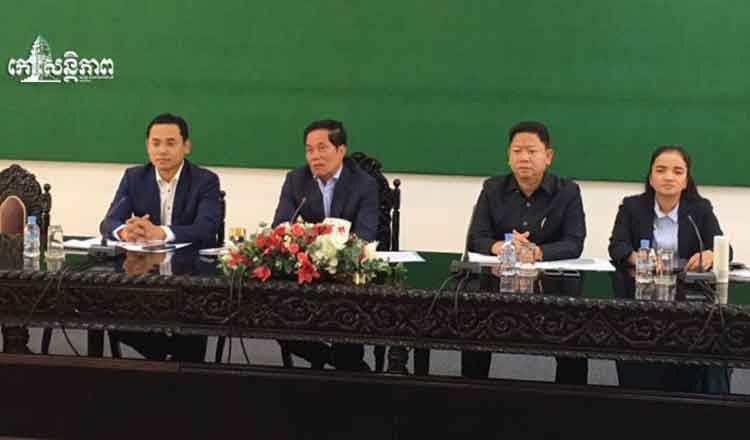 The City Hall said on Tuesday that the Ring Road 3 project will be completed in 2021.

Kaing Monika, deputy secretary-general of the Garment Manufacturers Association in Cambodia, yesterday said that his association is aware of City Hall’s instruction.

Mr Monika said that GMAC had a meeting with City Hall yesterday and it clarified that the announcement was meant for new businesses and not existing ones.

“Existing factories can continue to stay, but the problem is that by or after 2021 when the ring road 3 is completed, no big container trucks will be allowed to come into the city,” he said. “New businesses will also be encouraged to operate around Ring Road 3.”

So Lin, 48, who owns the Te Heng Lan garage along Chea Sophara Street, yesterday said that she was not aware of the notice.

She said she rented a plot of land to build her garage three months ago and has signed a five-year contract with the land owner.

“If they ask me to move my business to the outskirts, I think it will be a big problem for me,” she said, “Firstly I have just rented the land to build the garage and secondly I don’t expect to get good business if I move far away from a busy street.”

However, Ms Lin said she will agree to move her property to the outskirts.